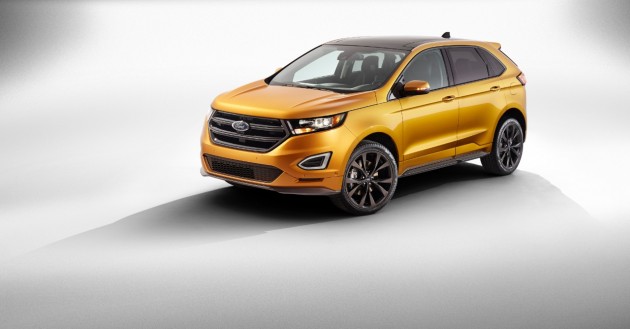 Ford’s sales in Canada were down 13.2% in June, but some of the automaker’s most integral models had exceptional sales months none the less.

Despite the decline in sales, the all-new 2015 Ford Edge experienced its best month ever for the namebadge with a sales increase of 11%. The new Edge is built at Oakville Assembly, just outside of Toronto.

“The all-new Canadian-built 2015 Ford Edge reset the standard in the two-row utility vehicle market, and customers have taken notice by making June its best month on record,” said Dianne Craig, president and CEO, Ford of Canada. “We’re proud to build a vehicle for the world which showcases Ford’s latest technologies and is shipped to more than 100 countries.”

Also experiencing a big month in June was the new Mustang, which was up 56% year-over-year. Through six months, sales of the Mustang have been up 37% in Canada compared to the first half of 2014.