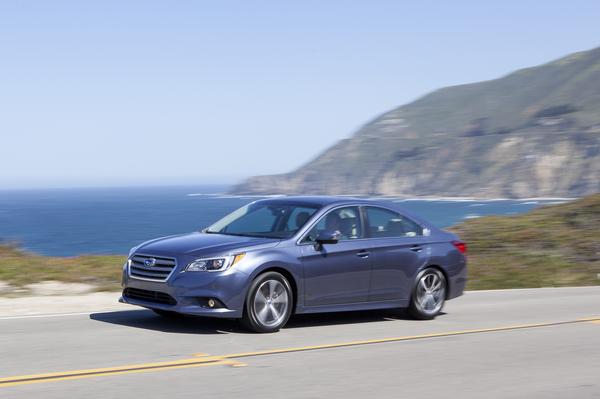 The 2016 Legacy saw a 15.3% increase in year-over-year sales, while Subaru as a whole celebrated its best January ever here in the United States

Following its best year of sales ever, Subaru launched into January 2016 with full force. Sales last month marked the automaker’s best January ever here in the United States, at 41,101 units sold. This marks a 1% increase over January of 2015.

Sales Success: Subaru’s Love Promise probably has a lot to do with it

It’s no surprise that Subaru continues to do well. December 2015 was the brand’s best month of sales ever, and to celebrate such a successful 2015, Subaru is donating 582,675 meals to Feeding America—precisely the number of vehicles the automaker sold in the US last year.

Specifically, the 2016 Subaru Crosstrek, Forester, and Legacy all did incredibly well, with each model achieving its best January to date. The Legacy in particular saw sales surge 15.3% over the same month in 2015. The 2016 BRZ, which has been struggling in the lineup lately, finally saw an increase year-over-year of 9.4%.

“Subaru of America closed calendar year 2015 strongly and recorded our seventh consecutive year of record sales so it is fantastic that our sales momentum is continuing into 2016 with the best January sales in our franchise’s history,” commented Thomas J. Doll, president and COO of Subaru of America. “Subaru is experiencing tight supply in the first quarter of 2016 and we expect this situation to improve as the year progresses.”

Driving Made Better: What is Subaru’s Symmetrical All-Wheel Drive?