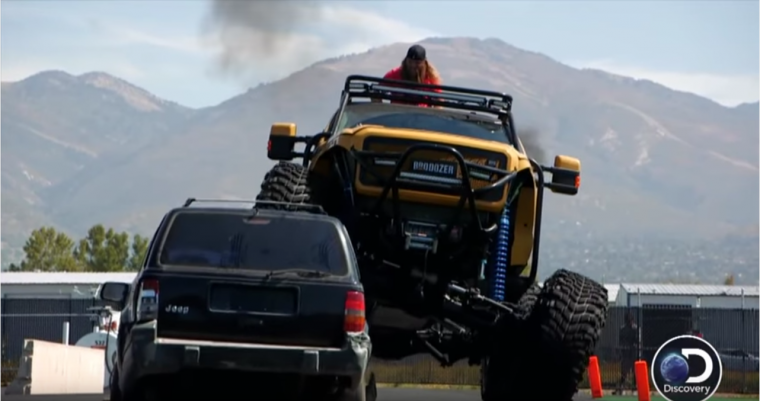 During Super Bowl XLVIII, former NFL player Marshawn Lynch helped lead the Seattle Seahawks to a huge victory over the Denver Broncos. With Super Bowl LI this weekend, one has to wonder what Lynch has been up to three years after his Super Bowl appearance and one year after his retirement.

As it turns out, he is running over Jeeps in a monster truck!

Don’t worry, though. Your Jeep is not in any danger from a renegade, monster truck-driving Marshawn Lynch. The former NFL player performed the feat during an episode of Discovery Channel’s Diesel Brothers.

Dents in Your Vehicle?:  How to Fix a Car Dent

Diesel Brothers follows the exploits of mechanics Heavy D and Diesel Dave as they work to transform worn-out trucks into stylized custom vehicles, powered, of course, through diesel fuel.

However, the Diesel Brothers team is not opposed to a little destruction now and again, as they will often obliterate worn-down vehicles. They also aren’t opposed to celebrity guest stars, such as a certain former Seahawks player. 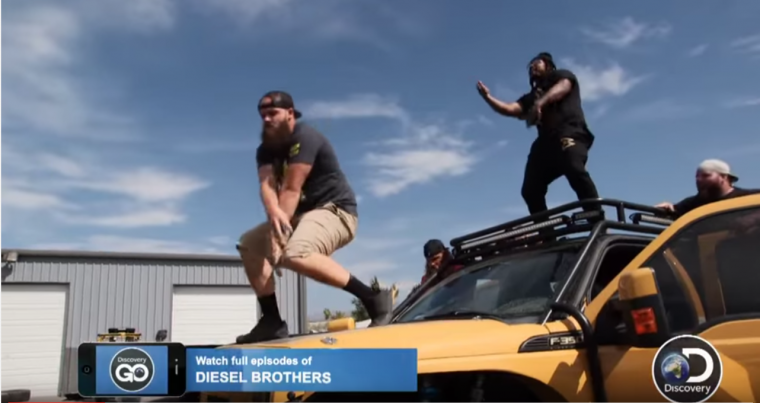 This is apparently what they show on the Discovery Channel now 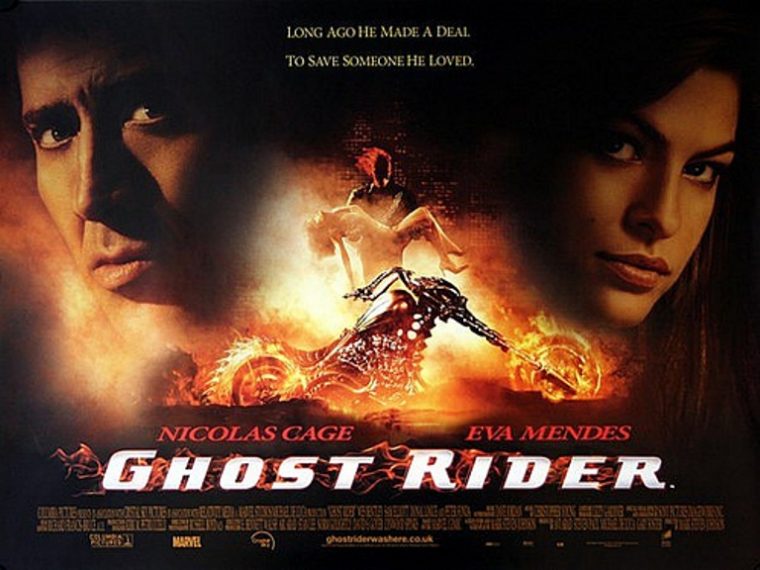 Evidently, it has nothing to do with Nicolas Cage’s “hit” movie Ghost Rider
Photo: Marvel Comics/Columbia Pictures

Nevertheless, Lynch’s appetite for destruction was far from quenched when he caught sight of a warn-down Jeep Grand Cherokee model.

“I want to drive over the car,” Lynch informed the Diesel Brothers.

The group then proceeded to drive over the vehicle, crushing its chassis. As they did, Lynch performed donuts in the scrap yard with the destroyed Jeep still trapped under the monster truck.

You can view the entire cavalcade of carnage in the video below:

All things considered, we’d say that the Jeep still ended up in better shape than the Denver Broncos during Super Bowl XLVIII.