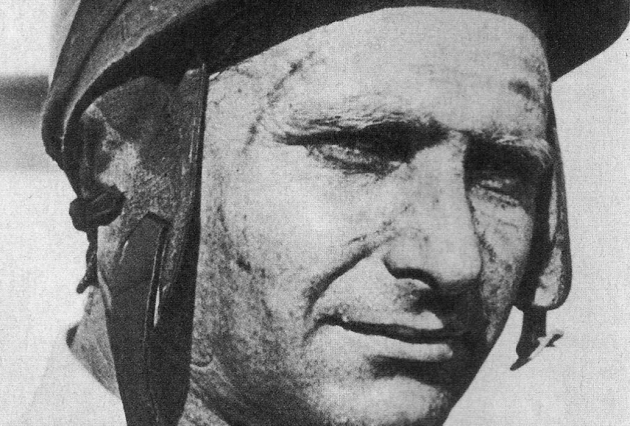 Before Michael Schumacher came along, Juan Manual Fangio had held the record for most World Championship wins for 46 years, and many still rightly consider him one of the all-time greats—not just because of his track record, but also because of his magnetic personality.

Fangio was born on June 24, 1911, and he was already an old man when he finally joined a Formula 1 grid compared to most of the other drivers. Nearly the first four decades of his life were spent working as a mechanic in a remote corner of Argentina while occasionally racing in incredibly arduous South American long-distance races that made Formula 1 look easy.

He finally went racing in Europe for the first time at the age of 38, where he immediately stood out thanks to his deep mechanical understanding of the cars, his competitive experience, and a clever mind for race strategy. Soon, people would also learn that he had almost superhuman determination and undeniable skill behind the wheel.

But perhaps most admirable of all was his character. He negotiated corners while drifting all four wheels in a fearsome yet somehow controlled manner that thrilled onlookers and brought many new fans to watch Formula 1. His sheer stamina and strength allowed him to wrestle the heavy, brutish cars of the time into submission. His mind and body were on a completely other level compared to the competition and this led him to claim numerous records, some of which have yet to be beaten.

In his 51 championship Grand Prix, Juan Manuel Fangio started on the front row 48 times and on pole 29 times, set 23 fastest laps, stood on the podium 35 times, and scored 24 victories. He was World Champion five times with four different teams and runner-up twice. 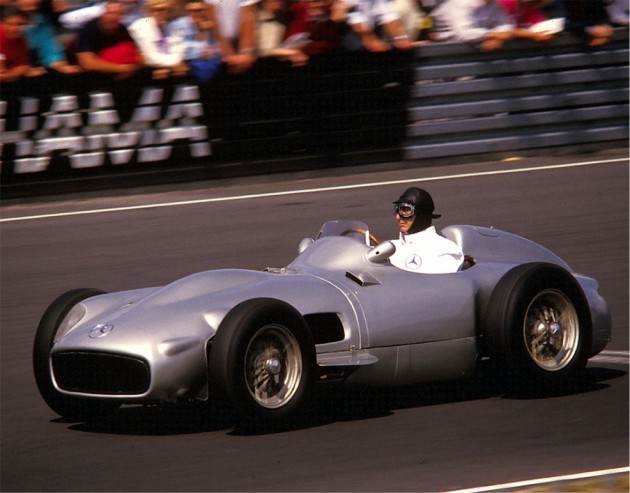 You’d think his success might have attracted animosity from those who wished he’d leave some wins for the rest of them, but he was loved off the track as well. Despite his short, stocky build and a balding head, he had a magnetic personality that women found attractive and that made friends out of even the most competitive drivers. “Most of us who drove quickly were bastards,” said Stirling Moss, his rival and teammate, who called him ‘Maestro’ and said he loved Fangio like a father. “But I can’t think of any facets of Juan’s character which one wouldn’t like to have in one’s own.”

He was a team player, fair, courteous, generous, and surprisingly humble despite his achievements. He befriended his own mechanics and sometimes joined them in working on the cars, which made him an inspirational force on every team he joined.

His last victory in Formula 1 is sometimes regarded as one of the best drives in the sport’s history. A botched pit stop in the 1957 German Grand Prix at the Nürburgring had lost him a minute to the two front-running Ferraris, but Fangio flung his Maserati around arguably the most dangerous and technical track in the world with such determination and speed that he shattered the lap record and won the race. That was his last Grand Prix victory, which secured his fifth World Championship at the ripe old age of 46.

After that, saddened by the loss of so many of his peers (over 30 drivers were killed throughout his career) and tired of pushing himself so hard, Fangio retired. He died in 1995 at the age of 84 at home, where it had all started, in Argentina.