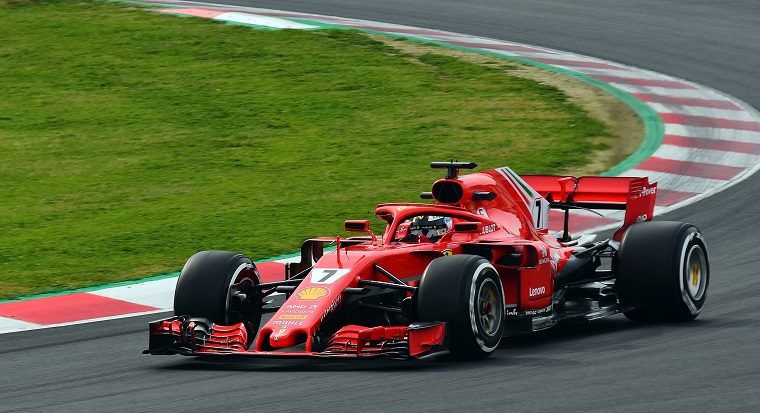 After a weekend break, Formula One was back for the second week of pre-season testing in Barcelona, Spain. Because sustained inclement weather made it difficult for the teams to run their cars as much as they would have wanted last week, they were eager to hit the track—and some, specifically Ferrari’s Sebastian Vettel, apparently never wanted to return to the pits.

Vettel completed 171 laps today, easily the most of any other driver—though it still wasn’t enough to beat the combined effort of Lewis Hamilton and Valtteri Bottas, who together registered 177 laps for Mercedes. This year, both teams are very closely matched in terms of testing mileage, as have been their customer teams. In other words, the Ferrari and Mercedes engines seem bulletproof.

All of the other teams also completed a good amount of laps and should have plenty of data to pore over, except for McLaren and Toro Rosso. Front suspension problems kept the latter’s engineers working in the garage longer than they would have liked, while the former’s MCL33, driven by Stoffel Vandoorne, broke down three times, the first two failures being caused by battery issues and the third by a loss of hydraulic pressure.

Even after having switched engine suppliers from Honda to Renault, McLaren still seems unable to put niggling reliability issues behind it. Meanwhile, Honda is enjoying its most reliable pre-season since it returned to Formula One in 2015, which brings up the following question: just how much of Honda’s reliability woes in the last three years actually had to do with McLaren?

Toro Rosso’s team principal Franz Tost is happy with the situation. “We are happy with the Honda engine which is doing a fantastic job,” he said. “I am convinced they will supply us with a very competitive package. I am sure that during the season we will catch up and by the end of the season we will have a very competitive car. Our target is to be in the front part of the midfield.”

“I don’t care about McLaren,” he added. “I am convinced that by the end we will have a more competitive package than them.”

Toro Rosso even saw fit to make a small jab at the Woking-based team on Twitter.