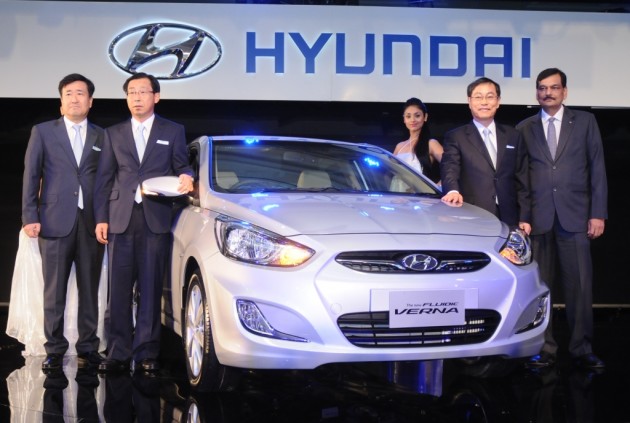 While Hyundai was preparing for a special reveal of four all-new models at its Product Momentum Show December 10th, the rest of the world received word of four existing international Hyundai models undergoing cosmetic tweaks.

The Korean automaker has been busy expanding its global repertoire, as evidenced by advertising and new model initiatives in locations like India. Some have worked–like the Elite i20–and others have seen mixed results–like the Aslan. Still, Hyundai continues its big push to expand its model lineup in the coming years.

A Look at the Four International Hyundai Models Getting Facelifts

According to a statement made by Hyundai, the full-size, front-wheel drive sedan known as the Grandeur in Korea and the Azera in the United States will be getting a stylish update. The best-selling hybrid will get a new grille, bumper improvements, black-bezel HID headlights, and quad-LED fog lamps. Safety features are getting boosted, as are fuel economy numbers (up to a combined 37.6 mpg). While it’s unclear if these improvements will be seen in the Azera, we’re glad to see interest in the model increasing.

These Grandeur renovations intend to increase interest in hybrid vehicles through a new upscale look and lower price tag. Hybrid-related components will be given a 10-year, 200,000 kilometer (124,274-mile) warranty. Plus, here’s something we’d like to see in the United States: Purchasers of the Grandeur hybrid are given 30 days to return their car for a traditionally-powered one if unsatisfied with their selection. Also, if the hybrid gets in an auto accident within a year of purchase, the owner will receive a brand new replacement. 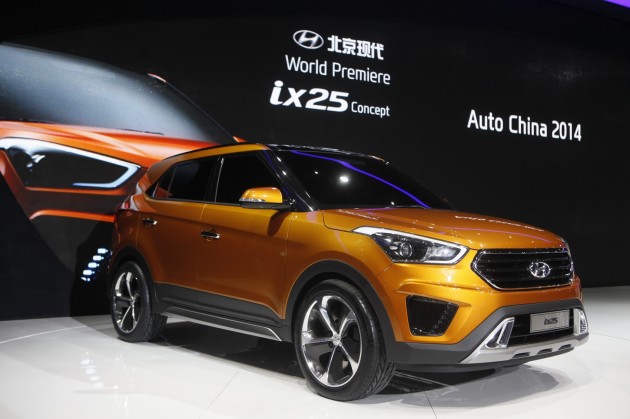 The first of three models aimed at India, the ix25 SUV is spreading to Indian shores after its 2014 Beijing Motor Show debut. Don’t be surprised to see gasoline and diesel versions of a 1.6-liter engine, as it’s debatable if the 2.0-liter version will transition to the Indian market. The ix25 is intended to rival the Ford EcoSport, Renault Duster, Mahindra Scorpio, and Nissan Terrano.

The Elite i20 has already been a smash hit in India and fans are demanding a crossover version of the compact car. While the 1.2-liter gasoline/1.4-liter diesel engine will remain the same, aluminum roof rails, snazzy body claddings, and fresh alloy wheels will give the Elite i20 a sturdier look. The country might see the Elite i20 Cross contend with the Toyota Etios Cross, Fiat Avventura, and Volkswagen Polo Cross as early as mid-2015.

Already one of the best-selling vehicles in India, the Verna will be getting cosmetic work done while retaining the current 1.4 gasoline/diesel and 1.6-liter gasoline/diesel engine options. While no hints at what the improvements will look like, we’ll likely see them revealed in the first half of 2015.