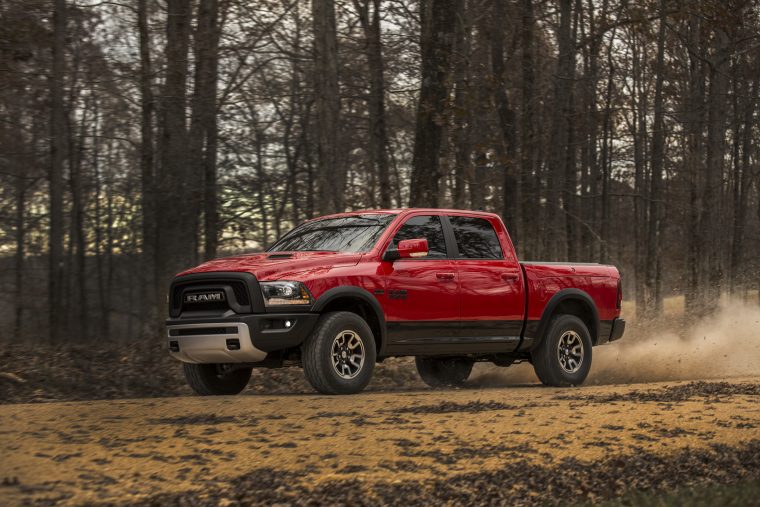 When it comes to 4×4 systems, Four Wheeler knows what it’s talking about. As the leading authority on 4×4 systems, this magazine continually keeps its eye out for the best in the business—which is why it comes as no surprise that the Ram 1500 Rebel was named the prestigious magazine’s 2016 Pickup Truck of the Year.

The Pickup Truck of the Year award was determined after the magazine analyzed four 2016 entries. Each entrant is chosen because it is either all-new or a significantly revised pickup truck for the 2016 model year. Along with the Ram 1500 Rebel, other contestants included the Chevy Colorado Z71, the Nissan Titan XD Pro-4X, and Toyota Tacoma TRD Off-Road.

After the entrants are determined, Four Wheeler’s judging staff puts the trucks through their paces, evaluating them on a variety of terrains and conditions. The vehicles are judged on a range of criteria, including off-road performance and survivability, and interior features. The Rebel came out on top during this testing thanks to its new features, which included 17-inch wheels, blacked-out trim, an air suspension, Bilstein shocks, and 33-inch Toyo Open Country A/T tires.

“If there’s one word to describe the Ram 1500 Rebel, it’s balanced,” says Four Wheeler Editor Christian Hazel. “It has admirable towing and payload capacity, good on-road handling, brisk acceleration and strong braking, a comfortable interior with convenient storage and amenities, and huge off-road capability in all terrains. No matter what Four Wheeler threw at the Ram 1500 Rebel, it just flat-out worked with no drama, no excuses, and no compromises.”

So, the next time you want a truck that doesn’t compromise, look no further than the 2016 Ram 1500 Rebel.