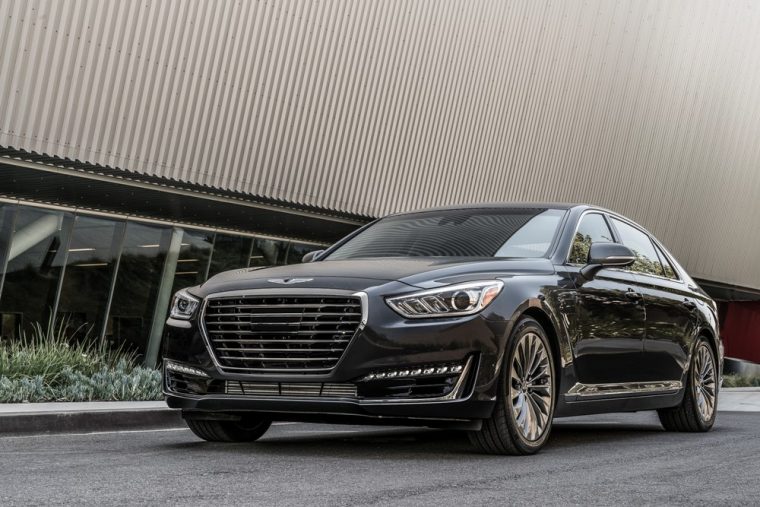 The 2017 Genesis G90 faces stiff competition for this prestigious award

The North American Car, Truck, and Utility Vehicle of the Year awards are unique in the auto industry because they are not associated with a single publication, but instead these awards are chosen by a group of approximately 60 respected automotive journalists from across the country.

Genesis 101: Take an in-depth look at the new luxury brand and discover what its mission is 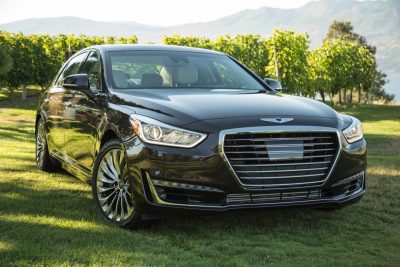 The Genesis G90 is available with either RWD or AWD

This year’s finalists for the North American Car of the Year award include new offerings from well-known automakers Chevrolet and Volvo, which received nominations for their new Bolt and S90, respectively. However, one of the industry’s newest brands earned the third and final nomination. That is the Genesis G90.

The 2017 Genesis G90 offers buyers the choice between a twin-turbo V6 engine rated at 365 horsepower and naturally-aspirated V8 that pumps out 420 horsepower. The G90 also features a spacious and well-equipped interior, as well as an extensive list of standard safety equipment, which includes active cruise control with full start and stop, a driver-attention monitor, lane-keeping assist, and emergency braking with pedestrian detection.

“It’s humbling to have G90 considered among the best new cars introduced this year and to be named a finalist for one of the most sought-after distinctions in the auto industry,” said General Manager of Genesis in the U.S Erwin Raphael. “The premium large-car segment is the pinnacle of automotive design and engineering and this recognition is a testament to the world-class refinement of our flagship model and the respectful ownership experience we deliver to our customers.”

The winner of the 2017 North American Car of the Year award will be revealed on Jan. 9th at the Detroit Auto Show.

2017 Genesis G90: Learn more about the pros and cons of leasing this sophisticated sedan