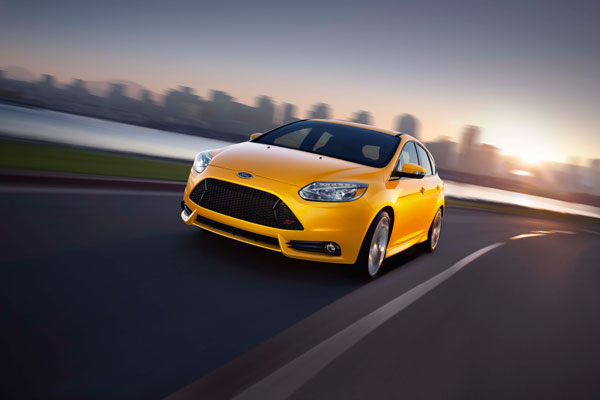 We’ve already learned that the 2015 Ford Mustang will play host to the next generation of Ford SYNC AppLink, as was revealed this week by the automaker at the International Consumer Electronics Show in Las Vegas. Ford is also announcing that Gracenote developers will be able to use the SYNC AppLink API to create the world’s first voice-activated and mood-based music listening experience.

How does it work? The HABU Music App for iPhone, which will be updated later this month, will accept voice commands relative to your mood. HABU uses Gracenote metadata to analyze a driver’s music collection and organize them based on mood characteristics. There are 25 available moods and synonyms that drivers will be able to request via voice command (e.g. “play peaceful,” “play wild”).  Some of those listed thus far include:

“The SYNC AppLink APIs give our developers the tools to transform HABU from a visually rich experience on smartphones and tablets into one that is hands-free, driven by simple voice commands in Ford vehicles,” said Eric Allen, vice president of services at Gracenote, in Ford’s official press release. “The result of our work with Ford is a music experience that lets drivers keep their focus on the road while easily enjoying more of the music they have in their collection.”

SYNC Applink is available on more than 1.5 million Ford vehicles worldwide, including the Fiesta, Mustang, Edge, Explorer, Fusion, F-150, and Focus.  This could mean that mood-based music may inevitably become the exciting new norm for many Ford drivers in the near future.

We can only hope, though, that if you command HABU to play “terrible music,” it will chastise you for your poor life choices before reluctantly playing Nickelback’s entire discography.

For more information on this week’s International CES, check back in with us at The News Wheel!

Brought to you by Sanderson Ford.