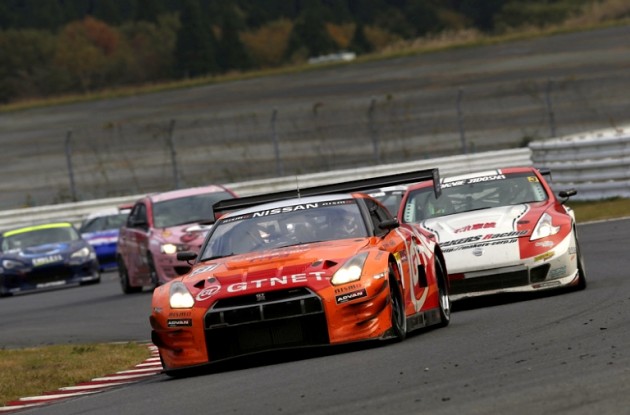 It was a wire-to-wire win for Kazuki Hoshino, Naofumi Omoto, and Takayuki Aoki at the final round of the Super Taikyu Series 2014, which explains as well as just about anything why the No. 81 GTNET ADVAN NISSAN GT-R finished the race with the ST-X class championship in tow.

All the trio needed to accomplish in order to take home the overall championship was a finish. What it instead did with its pole position start was reclaim the lead halfway through the race and never let it back up, taking its third straight win and its fourth victory in a race where it started at the front of the pack.

“Last year we competed with the same arrangement but weren’t able to win even once, which was very disappointing,” said driver Kazuki Hoshino. “However, this year we managed to secure pole position in five races and win four of them to take the championship so I’m ecstatic.” 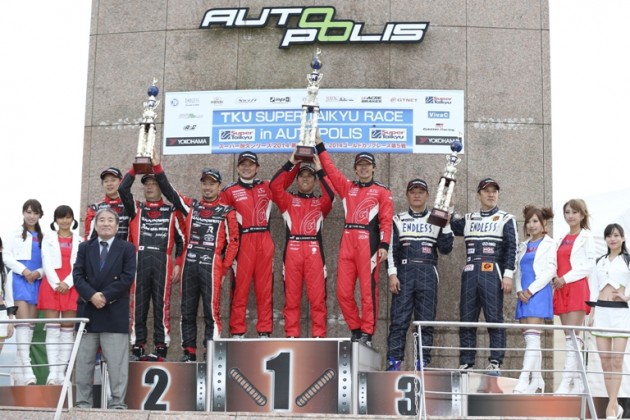 Aoki started the race for the No. 81 GTNET ADVAN NISSAN GT-R and lost the lead in lap 10. It only took him 19 laps to take the lead back, and the race was never in question from that moment on.

“We managed to mark a course record and Matsubara also put in a fantastic race to enable us to finally grab our first win in the S-Tai,” Aoki said. “It feels fantastic. There’s a lot we need to reflect on from this year but I want to ride on this victory into the next season.”