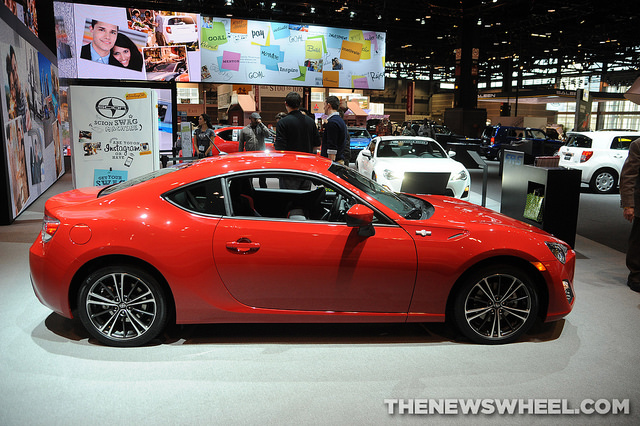 A report from Australia says that a new GT86 (and, by extension, Scion FR-S and Subaru BRZ) could be arriving next year

Toyota UK recently outlined the very minimal changes being made to the 2016 GT86, and with very little at all being done to shape up the performance-enthusiast mainstay, it’s got most assuming that the RWD sports car will be getting a complete upgrade next year.

Motoring comes out straight away saying that the new GT86 will arrive next April, with sources telling them to expect a reshaped body panel that isn’t too terribly off the map, a new face, a shapelier bum, and potential upgrades to the trusty 2.0-liter Boxer engine.

Full disclosure: Motoring is basically a hotbed for go-nowhere rumors pertaining the Toyota GT86/Scion FR-S/Subaru BRZ. Among other things, their “sources” have also reported that Nissan would have already debuted a new IDx by now, and that we would be seeing sedan, convertible, and smaller versions of the GT86. Thus far, not one of these predictions has come to pass.

Now it’s entirely possible that Motoring might be onto something this time. After all, it would be right about time for a new GT86/FR-S to hit the market, but let’s say you’d be well advised to take any suggestion of a firm debut date with a 40-pound bag of salt. Also, the fact that their source says that the GT86/FR-S will be based on a three-year old plug-in diesel-electric crossover concept certainly doesn’t inspire much confidence in their predictions.

Still, we will keep an eye out for all rumors pertaining to a new GT86, both credible or somewhat less-than.