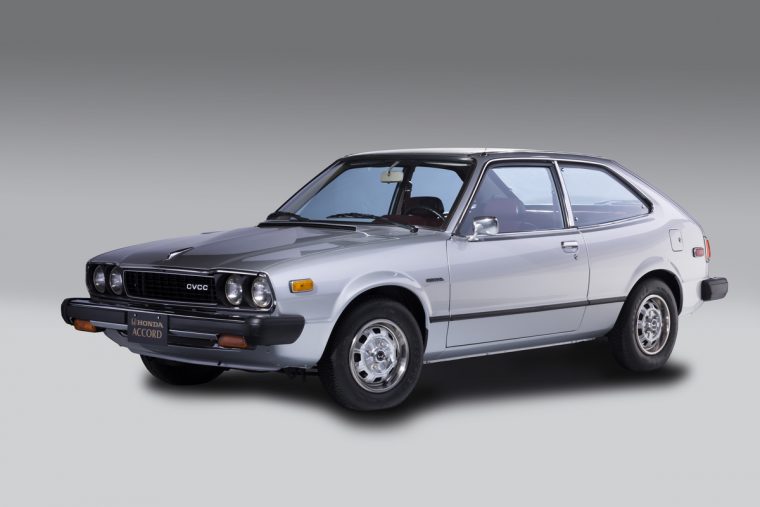 Forty years ago today, America was celebrating its Bicentennial, Paul McCartney’s “Silly Love Songs” was the number one song on the charts, gasoline was a (then-outrageous) 59 cents a gallon, and Honda introduced a new three-door hatchback called the Accord.

Over the last four decades and nine generations, the Honda Accord has amassed sales of over 12.7 million units, making it America’s best-selling car during the last forty years. Over 10.5 million Accords were made in the United States, since production began in Marysville, Ohio, in 1982, becoming the first Japanese vehicle to be manufactured in America.

In addition to its record sales success, the Accord has a history of critical acclaim, as well, having been named to Car and Driver magazine’s “10Best” list a record 30 times.

To celebrate the car’s 40th anniversary, Honda released a short video detailing the history of the Accord:

Honda is also paying tribute to the Accord’s new milestone on its various social media channels, and with a new historical timeline of the vehicle at automobiles.honda.com/Accord.

The Accord took its name from Honda’s desire to achieve “accord” between people, society, and the automobile. Its introduction in 1976 was a major event for both the company and the auto industry as a whole, helping Honda expand to become a full-line automaker and usher in the era of inexpensive, efficient mainstream cars that still offered decent performance and sporty styling.

“The Accord embodies the challenging spirit of Honda and our commitment to delivering innovative products to our customers of the highest quality, reliability and value,” said American Honda executive John Mendel.

“Accord’s success over four decades is deeply woven into the fabric of American car culture and American industry, and we are thankful for and deeply humbled by the loyalty and trust that our customers have placed in Honda and in Accord over the past 40 years.”