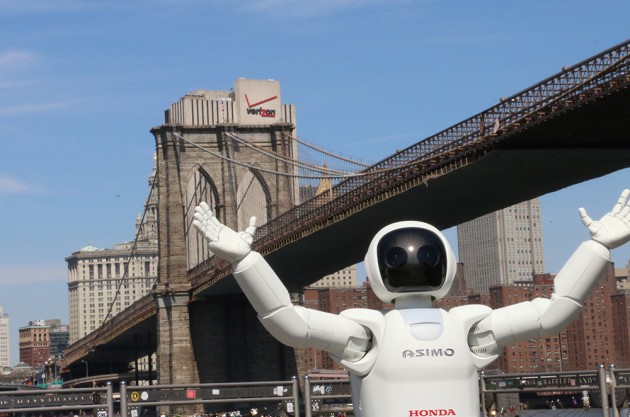 Honda ASIMO, the world’s most visible specter of the coming singularity—the moment when artificial intelligence software becomes self-aware and turns on its human masters in bloody conflict—is visiting Dubai this week for The Government Summit: “Shaping Future Governments.” An annual event that runs from February 9th to 11th, the summit put ASIMO in contact with more than 4,000 delegates from 93 countries.

The most populous city in the United Arab Emirates, Dubai was host to heads of state, prime ministers, vice presidents, ministers, and diplomats, all of whom will be rendered powerless when our new robot overlords enslave all of humanity. His Highness Sheikh Mohammed Bin Rashid Al Maktoum, the United Arab Emirates Vice President, Prime Minister, and Ruler of Dubai, shook hands with ASIMO, in an act of appeasement that recalls Neville Chamberlain’s ironic proclamation of “peace for our time” in 1938. 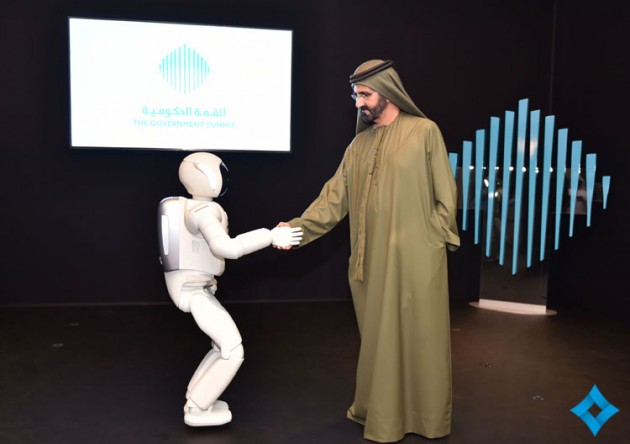 Like the hangman who shakes the condemned man’s hand to calculate his weight, ASIMO coldly sizes up the world leaders he and his robotic brethren will eventually depose and replace

ASIMO will be putting on 12 shows in Dubai (in Arabic and English), a terrifying display of his advanced abilities. He further endeared himself to mankind when he played football with Al Maktoum’s son, His Highness Sheikh Hamdan Bin Mohammed Al Maktoum, the Crown Prince of Dubai. 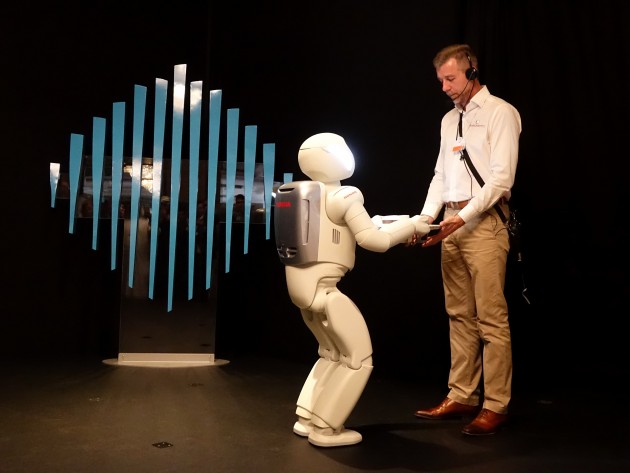 “See, hooman? We are not so different, you and I”—ASIMO plays hot hands with a future slave

And somewhere, a terrified Elon Musk is speeding up construction of his underground doomsday bunker.