Honda Civic Gets Substantial Updates for 2019 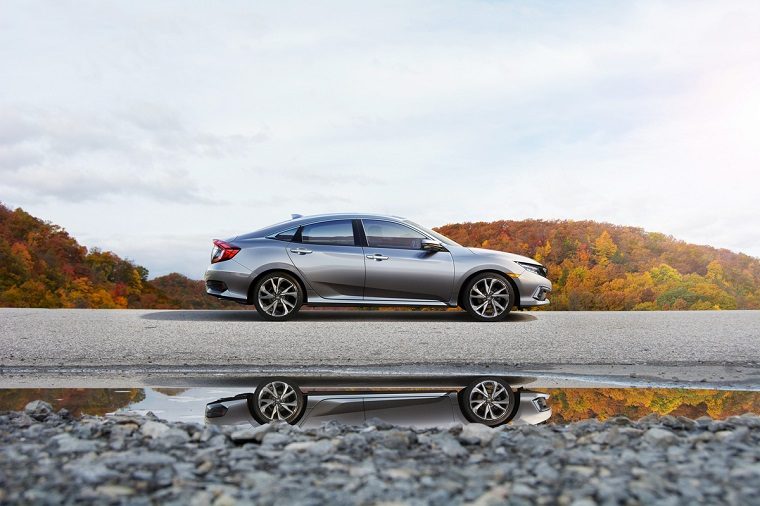 The 2019 Honda Civic sedan and coupe have both received substantial styling and infotainment updates, presumably to ensure it remains the best-selling retail passenger car in the United States. No biggie.

When it launches at dealerships on October 10, the refreshed Civic sedan and coupe will be offered at five and four trim levels, respectively, with new features offered at each tier.

First up on the menu of changes is the restyled lower bumper, which gives the Civic a wider look and pairs well with the new blacked-out headlights and the signature Honda wing design on the grille, which received a gloss black treatment.

On Touring trims, chrome accents on the bumper aim to heighten the aggressive look and at the rear, the sedan now boasts a chrome strip, because “chrome” is just about synonymous with “premium” among the majority of car shoppers.

Honda’s infotainment system has also received a new feature that had been highly in demand: an actually physical volume knob and various other physical buttons for important cabin functions. Bluetooth integration has also been streamlined and various controls have been redesigned for more intuitive use.

A brand new Sport trim has also joined the ranks of both the sedan and coupe models. It uses a 2.0-liter engine paired with either a six-speed manual or a CVT and primarily demarks itself from the other trims with unique exterior styling cues, such as gloss black-trimmed fog lights, upsized wheels, a black decklid spoiler, center-mounted chrome exhaust finisher, and unique badging.

As with all other 2019 Honda models, the Honda Sensing suite of active safety technologies will be offered as standard equipment across the range. This was already the case for the Civic in 2018, but now automatic high beams are included. New standard features across all trims also include a 7.0-inch digital instrument cluster and electronic parking brake with brake hold feature.

Related: Should you buy or lease a Honda?