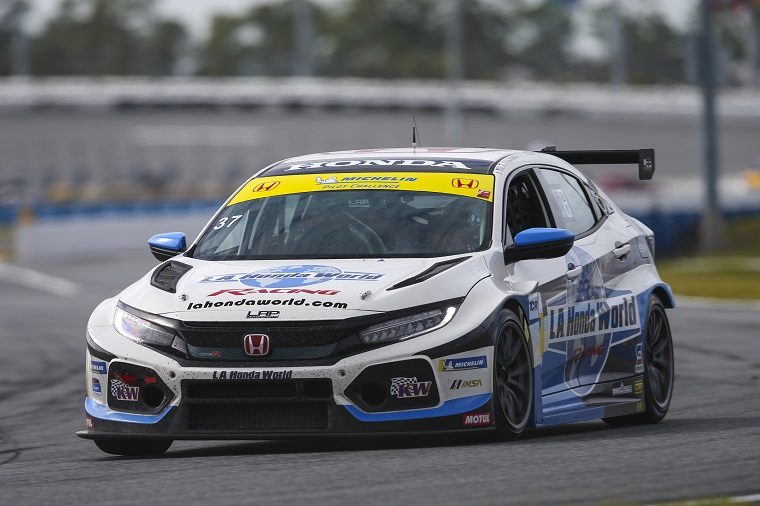 While all eyes were on the 24 Hours of Daytona, Honda sneaked in an impressive 1-2 finish in the IMSA Michelin Pilot Challenge series, which took place on the Friday before the main event.

Brian Henderson, driving for Atlanta Speedworks, promptly put on pole during the first qualifying session. Though he would eventually finish fourth, the other Civics still put on a show at the front. Following the ninth and final caution, it was an 11-minute race to the finish between the two Civics of LA Honda World and the Audi RS3 of Fast MD Racing.

Tom O’Gorman and Shelby Blackstorm ultimately took victory, just 1.6 seconds ahead of teammates Mat Pombo and Mike LaMarra as the Audi fell behind. The third LA Honda World entry had also been running with the leaders during the second half of the race, and would have likely been able to be the fourth Honda in the top 5, but a tire puncture after the final pit stop forced it to retire with only 14 laps to go.

“I’ve been racing with Honda for a long time — starting 12 years ago — so it’s great to step up to TCR and get the first win,” a thrilled O’Gorman said after the race. “I got chills when I saw the Daytona Speedway come over the horizon, because I never raced here before.”

“The hardest part was to stay out of trouble, keep your wits about you, and keep the car underneath you, because these guys were racing so hard. If you’d have told me yesterday that we would be standing here [in victory circle], I wouldn’t have believed you. Now, we’re in victory lane. It’s an exciting day.”

Honda Sales: Did you know Honda boasts more best-selling models than any other brand?