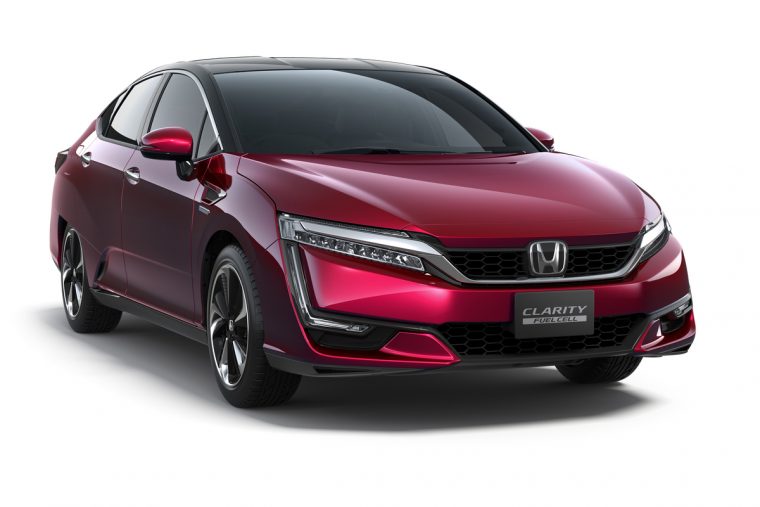 At the 2016 Washington DC Auto Show, Honda took time to announce preliminary pricing details for the Clarity Fuel Cell, which was unveiled two months ago in LA. The automaker confirmed that the new 5-passenger, hydrogen-powered automobile will begin retail leasing to customers in select California markets before the end of 2016, and the Clarity Fuel Cell is expected to be priced at around $60,000 and carry a monthly lease under $500.

With limited production in the early stages of the FCV, the automaker will begin by leasing the sedan. Certified fuel cell vehicle dealers in LA and Orange counties, the San Francisco Bay Area, and Sacramento will be the first to receive deliveries of the Clarity. The company expects to move to retail sales as the number of vehicles and vehicle supplies increases, and the hydrogen refueling station network grows large enough to support them.

The Clarity Fuel Cell is one of several advanced environmental Honda vehicles coming to the market soon, including a reengineered 2017 Accord Hybrid that arrives this spring, and a Plug-In Hybrid vehicle based on the same platform as the Clarity that will go on sale in 2018.

“The new Clarity Fuel Cell and Accord Hybrid arriving this year, along with the new plug-in hybrid coming by 2018, are critical steps toward a new generation of Honda advanced environmental vehicles and a true volume pillar for Honda and our product portfolio in the U.S.,” said Honda VP John Mendel. “The Clarity Fuel Cell is a potential game changer because it offers an uncompromising, zero emissions customer experience, with performance, utility, range and refueling time on par with today’s gasoline-powered cars.”

Customers can sign up for the opportunity to be a Clarity Fuel Cell customer by going to http://www.HondaCars.com/Honda-FCV.