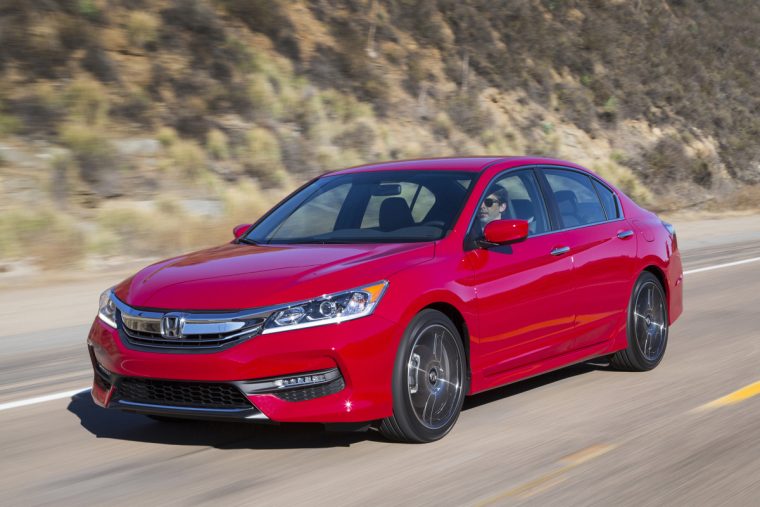 The Honda Accord is considered the second most American-made car in the automotive industry, beating out the Detroit Three

When you think of the most “American” brand in the car industry, it’s likely you immediately think about the Detroit Three—General Motors, Ford, and Fiat Chrysler Automobiles—and don’t think about a Japanese carmaker. Now, Honda’s looking to change that.

In a recently report Cars.com, Honda (along with Toyota) landed in the top five spots in a list of the cars with the most “American” content. The Honda Accord, which is assembled in Marysville, Ohio, came in second in the annual report. Along with the Accord, the Honda Odyssey and Honda Pilot also found spots on the list. The Odyssey came fourth in the rankings, while the Pilot rounded out the top five. Both of these vehicles are built in Lincoln, Alabama.

The Honda CR-V, which is made in East Liberty, Ohio, was close to making the list but fell short because of the parts benchmark. Currently, the Honda brand assembles about 99% of its vehicles in the United States, Canada, or Mexico. According to Chris Abbruzzese, a Honda spokesperson, the Japanese car brand is “incredibly proud” that the majority of Accord models were assembled in Ohio.

So, the next time you want an American-made vehicle, think beyond the Detroit Three. General Motors, Ford, and Fiat Chrysler Automobiles are no longer the most American-made carmakers in the United States market—the Japanese carmakers are.