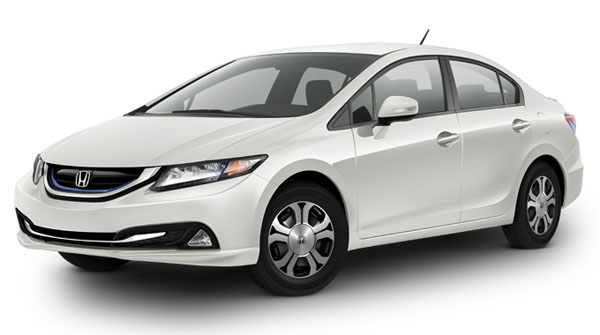 The Honda Civic Hybrid is just one of the vehicles that the brand is looking to expand on over the next year.

Honda is looking to do its customers and Mother Earth a solid by continuing the expansion of their Earth Dreams ™ Technology powertrains and making hybrids more viable in a crowded marketplace. Honda expanding hybrid vehicle offerings in the United States is just another step in the automaker’s commitment to reduce its carbon footprint by lowering emissions.

“No manufacturer has more experience with electromotive technologies than Honda and we are committed to applying our expertise to a wide range of products in the coming years,” said Michael Accavitti, senior vice president of auto operations at American Honda, in the automaker’s statement. “Our hybrid vehicle strategy will focus on new models aimed at delivering the class-leading fuel economy and performance our customers’ desire in segments that represent significant growth opportunities.”

According to Honda, this expansion strategy will take place over the next three to four years. This transition will include changes to the lineup of the advanced technology system vehicles such as the Honda Insight. The U.S. model of the Insight will be available in Honda dealerships through the end of the year with production scheduled to end in the summer of 2014.

Honda said the move reflects its ongoing pledge advancing fuel-efficient and alternative-fuel vehicle technologies, which will in turn improve their environmental impact, improve relationships with current customers, and create opportunities for further sales gains. The Insight, introduced in 2009, had posted steadily decreasing sales, from a high of 20,962 units in 2010 down to 4,802 units in 2013.

Honda’s hybrid product direction in the U.S. will move forward with greater focus on expanded application of the innovative Earth Dreams two-motor hybrid system. The Earth Dreams two-motor powertrain is among the most fuel efficient available on the market today, as evidenced by its application in 2014 Accord Plug-In Hybrid. The 2014 Accord PHV achieves an EPA-estimated 50 mpg city/45 highway/47 mpg combined.