Honda Giving Away a Free Accord and Other Prizes on Twitter 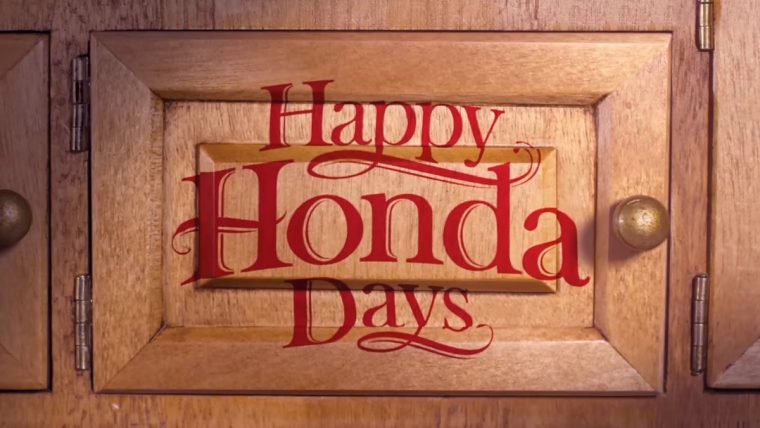 The Happy Honda Days are upon us, and although these aren’t “real” holidays, per se, they do feature some real gifts—all of which are just a retweet away.

As part of its #OpentheCheer campaign, Honda will be giving away special prizes every day to Twitter users who retweet each daily entry tweet. It’s sort of a virtual advent calendar, in keeping with the box-themed Happy Honda Days commercials the car company recently began running on television.

@thenewswheel No prize now, but you could still win a Honda! Try again tomorrow OR check out Happy Honda Days! https://t.co/P8TMSNZfn0

Fortunately, if at first you don’t succeed, you can keep trying again and again by retweeting each daily entry tweet (at the risk of alienating your Twitter followers, of course).

The daily prizes include gift cards and digital smart watches, with the ultimate grand prize being a 2016 Accord Touring. The winner of the car will be randomly selected from among all of the retweets on December 29th. Additionally, for each retweet, Honda has pledged to donate $1 to the Pediatric Brain Tumor Foundation, for up to $100,000 in total.

“Our goal for this campaign is to tap into the anticipation of giving and opening gifts during the holidays and Twitter’s Instant Win feature allows us to surprise our fans while helping to find a cure for children’s brain tumors,” said Honda Assistant VP Susie Rossick. “For Happy Honda Days this year we also want consumers to feel the joy and wonder that’s especially unique to Honda.”