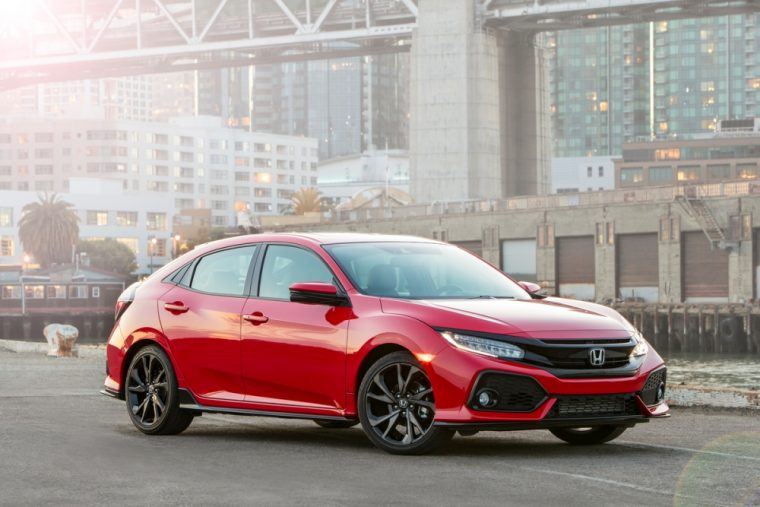 Honda can get pretty ambitious when it comes to its commercials, which include everything from an experimental promo video for the Type R to an award-winning piece of stop-motion animation.

And in a new ad for the 2017 Honda Civic hatchback, the Japanese automaker seems to be taking a page from the works of Hong Kong auteur John Woo.

No, the commercial doesn’t star Chow Yun-fat as an ice cold assassin who speeds the Civic hatch through a flock of doves before jumping out of the car to engage in some highly choreographed gun-fu heroics (though a man can dream). Instead, the 90-second spot, titled “Up,” seems to crib from the rock-climbing scene in Woo’s Mission Impossible 2.

The ad features a young woman using a ladder to summit a mountain. But then, inspired by a desire to “welcome challenge, and see where it takes you,” she decides to scale the mountain Tom Cruise-style.

Oh, and that mountain? It totally looks like the 2017 Honda Civic Hatchback!

Which, of course, is itself highly reminiscent of the 2016 Honda Memorial Day sales commercial in which rock climbers use dynamite to carve the shapes of Honda vehicles into a mountain. (This is the point in the article in which the writer starts to question whether he has spent way too much time watching Honda commercials and/or John Woo action movies).