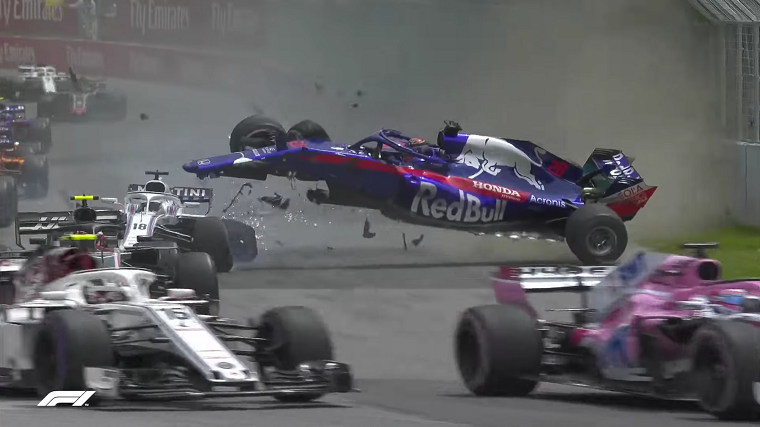 It was a mixed weekend for Toro Rosso at the Canadian Grand Prix. Though Pierre Gasly did well in the race, he had taken a grid penalty and started too far back to make it into the points. And his teammate, Brendon Hartley, was involved in a collision on the first lap.

But with a fresh, new-spec Honda power unit in his STR13 Formula One racing car, Gasly managed to make up eight places in the race, and when it was over the French driver claimed the upgrades had been worth at least several positions.

“I overtook a Haas, I overtook a Force India on the straight, which is the first time this year,” he said. “For me [the new engine] is looking good. Promising.”

He then added that the Honda engine had been an improvement in every aspect, from energy management to power delivery. “[Honda] told us, ‘Okay, we are looking for an upgrade, which will be a decent upgrade, something that will make a real difference.’ And clearly on the data we can see that it’s a really good step forward.”

One man who will be closely looking at the data is Red Bull Team Principal Christian Horner, who intends to make a decision around the time of the Austrian Grand Prix, at the end of June, about which engine to go with for 2019—Honda or Renault.

“From what I hear, [Honda] have made a good step this weekend,” Horner said. “Renault have brought what they advertised as well. Now we have a bunch of GPS data to go away and analyze and look at the relative performance.”

Some sources believe Red Bull was so impressed that it was enough to convince the energy drinks-sponsored team to make the switch. “We’re talking about three tenths a lap,” said advisor Dr. Helmut Marko.

One of the factors to consider will not just be engine performance but also the status of the team relative to its engine partner. With Renault, Red Bull is only a customer team; with Honda, it would effectively become a works team—though Renault Team Principal Cyril Abiteboul urged Red Bull to think twice before jumping ship.

Is Leasing Right for You? Use this questionnaire to find out