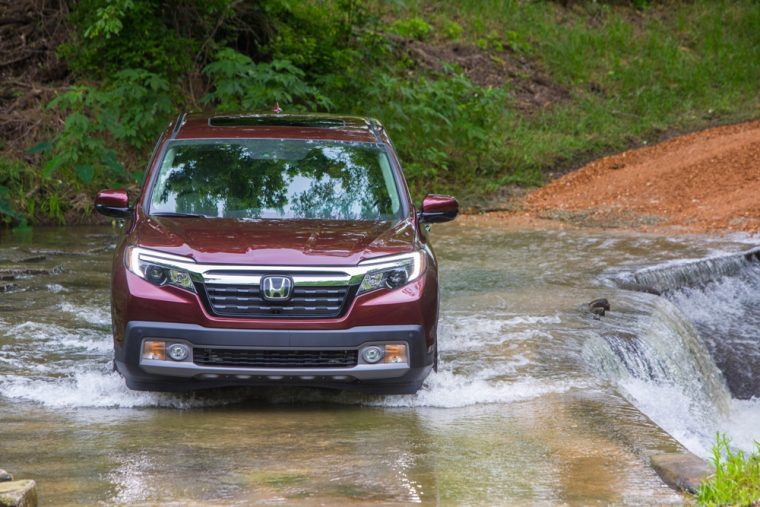 So far, Honda has created two memorable ads for its all-new 2017 Ridgeline: a Super Bowl commercial that used singing sheep to promote the vehicle’s in-bed audio system, and a video demonstrating the pickup’s superior bed strength when compared to the Silverado and F-150.

But those were both English-speaking videos—what does Honda have for Spanish-speaking car shoppers?

Well, today we found out, as the automaker debuted its new Hispanic marketing campaign for the Ridgeline, which will officially launch on July 10th with the truck’s sponsorship of the Univision Deportes’ broadcast of soccer championship “Campeón de Campeones.”

The centerpiece of the new marketing campaign is a Spanish-language, 30-second spot for the Ridgeline, entitled “No Es Nada” (which translates to “It’s Nothing”).

The ad portrays a Ridgeline owner who is constantly being asked to do “small favors” for friends and family, due to the fact that his versatile truck is equipped with a plethora of features that enable him to be so helpful. Those features include the vehicle’s industry-first Truck Bed Audio system, the Honda-exclusive In-Bed Trunk, and a Dual Action Tailgate.

“The Honda Ridgeline’s incredible versatility and one of a kind features are what set it apart from other midsize trucks, and make it the perfect vehicle for people’s daily lives or special tailgating events,” said Gina Jorge, Honda’s Manager of Multicultural Marketing. “Debuting Ridgeline to fans of Campeón de Campeones is a fantastic opportunity to show how Ridgeline can bring friends and family together.”

The commercial will run on Univision Network and UDN during the hotly anticipated Campeón de Campeones.