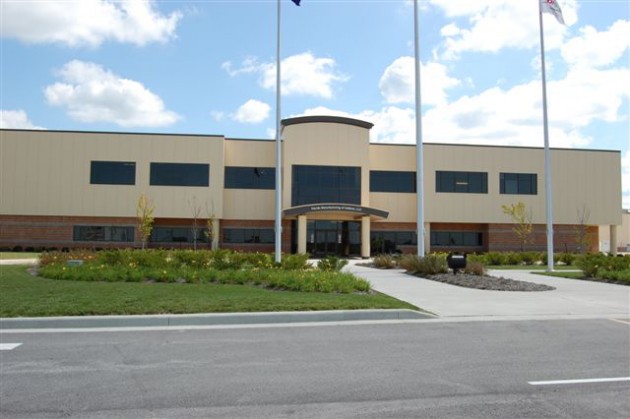 The Honda Manufacturing of Indiana Welcome Center in Greensburg, Indiana

The milestone vehicle in question was a Honda Civic—in fact, all but 65,172 of the plant’s 1,000,000 vehicles produced have been Civics. During a three-year period that began in 2012, HMIN produced a little over 65k Acura ILX cars, before  production of that vehicle was moved to the Honda plant in Marysville, Ohio.

Honda outlined some information about the plant in the helpful infographic below, which is entitled “Building Pride.” (This is the second time in as many weeks that Honda Indiana has been playing up the “pride” angle). 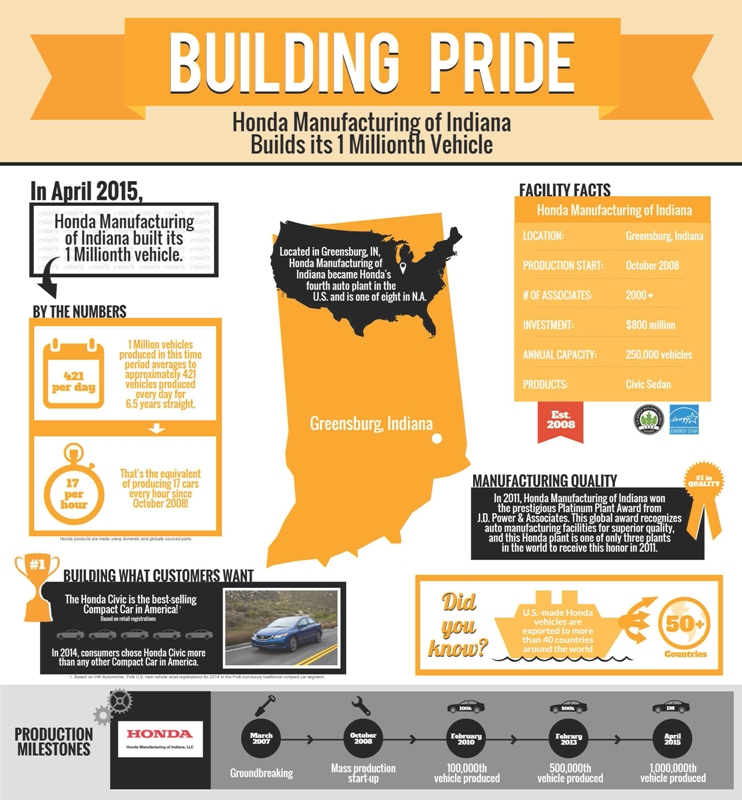 “We have come a long way from where Honda Manufacturing of Indiana started in 2008 to where we are today,” said HMIN president Bob Nelson. “Our associates have shown tremendous commitment and dedication to get us to this major milestone and we will continue to work to provide our customers with products of the highest quality. These values and beliefs are at the heart of what makes Honda great.”

Located in Greensburg, Indiana, HMIN employs over 2,000 workers and maintains one of the smallest environmental footprints of any auto plant in Honda’s global production network.