Honda May Be Developing Plug-in Hybrid Pilot, And I Am Super Pumped

If you have read my articles on The News Wheel, you may have noticed that I like electric and plug-in hybrid vehicles. A lot. However, I have always secretly and quietly despaired while hearing about the latest plug-in hybrid, because of one reason: automakers haven’t been putting plug-in hybrid powertrains in mainstream crossovers (with the exception of Mitsubishi, who delayed for years in bringing the Outlander PHEV to the US, and ignoring the high-priced premium brands).

So, when I heard that Automotive News had grabbed spy shots of a Honda Pilot test mule with two fueling doors, implying a plug-in hybrid powertrain, I was pumped.

Before I go into why this so excites me, let’s start with some facts.

Honda already has three electrified vehicles in its lineup: the Accord, Clarity, and Insight. The brand has also said that it wants two thirds of its global vehicle sales to be electrified by 2030.

The Pilot, which currently uses a 3.5-liter V6, has had a very good year, with surging US sales fed by supply from a dedicated Alabama assembly line. The mid-size SUV set a new May sales record, jumping 36.1% year-over-year and 40.8% year-to-date. This continues even as Honda moves forward with plans for a Pilot refresh for the 2019 model year, likely with a new lower front fascia, new grille, and revised headlights.

Automotive News‘ spy shots are taken of a couple Pilot mules while on road tests somewhere in Ohio, likely near the Honda R&D facility near Raymond.

More on Honda: Honda is planning to build the 2019 Insight out of its Greensburg, Indiana plant 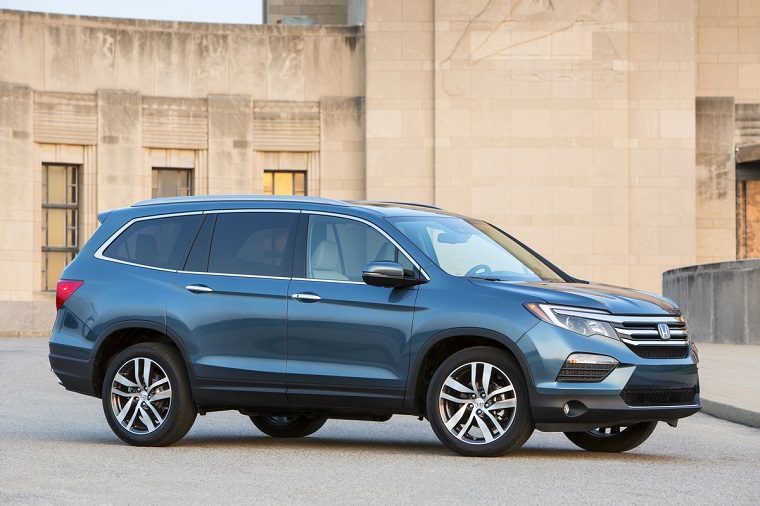 So, here’s why this is so exciting to me: the Honda Pilot is a popular vehicle in the mid-size crossover market segment, one of the most popular sales groups in the automotive industry. For once, one of the larger automakers (sorry Mitsubishi, your year-to-date sales for the whole lineup in May are eclipsed by just the Pilot’s numbers) is planning to install a plug-in hybrid powertrain in a popular, established, non-luxury crossover.

The results could be huge, is what I’m getting at.

I’m just holding my fingers crossed hard that this doesn’t end up as a test mule for something else, and that Honda follows through. Come on, Honda! I’m rooting for you!