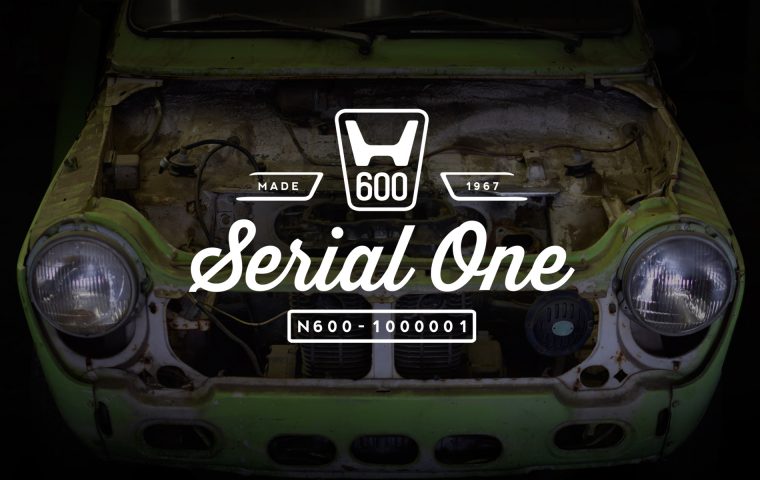 Honda is making a concerted effort to celebrate its legacy lately, beginning with its “Kokoro” video series and continuing with today’s launch of a documentary series about the restoration of the very first Honda N600 in the United States. The new online series, entitled “Serial One” (presumably to cash in on the popularity of that “Serial” podcast everyone loves so much), follows Los Angeles-based mechanic Tim Mings as he painstakingly restores the very first Honda automobile ever imported to the US.

Episode one, which Honda released today, introduces us to the historic N600, Tim, and Tim’s magnificent beard. Take a look:

The tiny but pivotal Honda N600 debuted in America in 1969, arriving with a 122-inch length and an all-alloy engine capable of 9,000 rpm and a top speed of 81 mph. Small, efficient, and reliable, the N600 displayed many of the qualities which would come to define the Honda brand. Most importantly, the vehicle officially marked Honda’s entrance into the American automobile market, after a decade of being one of the country’s top motorcycle manufacturers.

“We’re so proud to bring the story of Honda’s roots in the U.S. to life through the restoration of this vehicle,” said Honda social media manager Alicia Jones. “Finding Serial One, the very first Honda N600 test vehicle in America, and documenting the meticulous process of bringing it back to life really embodies the Honda spirit. We can’t wait for viewers to come along with us on this journey.”

Honda will continue to release episodes of “Serial One” which documents the car’s step-by-step restoration for eventual inclusion in Ohio’s Honda Heritage Center and Museum. Fans can follow along on YouTube, Honda’s social media accounts, and the website serialone.com.

Honda Marketing: Honda becomes the very first car brand to give away a car via Twitter