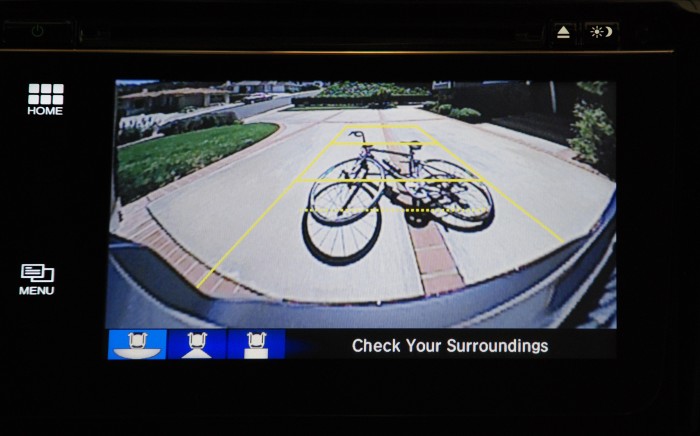 For its dedication to make drivers safe, Honda was the sole automaker this year to earn the distinction of “Highway Safety Hero” from the Advocates for Highway and Auto Safety. With 95 percent of all 2014 Honda passenger vehicles and 100 percent of all 2014 Honda light trucks standard with rearview cameras and a comprehensive integration of the technology for the 2015 model year, Honda’s commitment to consumer safety remains unparalleled.

“For more than a decade, Honda has focused on reducing the threat of injuries to pedestrians as part of our ‘Safety for Everyone’ approach,” said Chuck Thomas, chief safety engineer at Honda R&D Americas, Inc. who accepted the award on Honda’s behalf. “As we continue to research other advanced technologies such as vehicle-to-pedestrian sensing technologies, this work will be an integral part of our dream to eliminate motor vehicle collisions entirely.”

Backup cameras will be mandatory on all vehicles by 2018, but Honda is the only automaker one step—and four years—ahead of the curve. 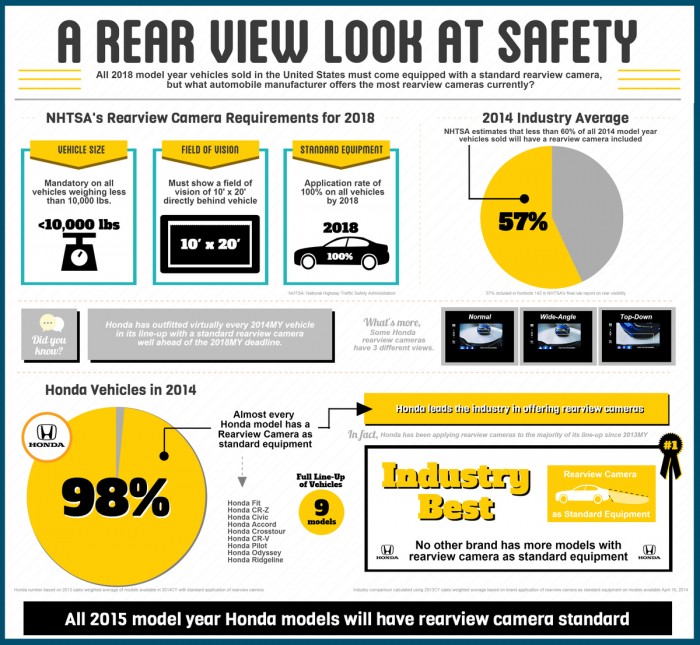 Of course, Honda earned the “Highway Safety Hero” cowl (hey, it’s a hero award, we figure cowl is a bit more apt than crown here) for more than its rearview cameras. More than 10 Million Honda and Acura vehicles on the road today in the United States have injury mitigation features and designs.