Honda’s Project Drive-In, the automaker’s effort to save as many drive-in theaters across America as possible by supplying them with pricey digital projectors, has proven thus far to be a smashing success.

A film industry-mandated switch to digital projection at the start of 2014 has threatened to put many drive-ins across the country out of commission unless they pony up for an expensive digital projector. 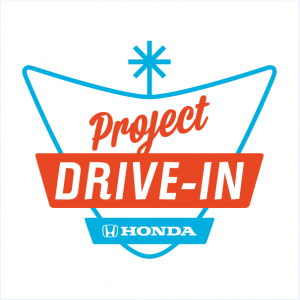 A touching video posted to Honda’s YouTube channel captures the very candid reactions of those winning drive-in theater proprietors when they receive their theater-saving spoils.  The response was so overwhelming that Honda opted to extend its voting and  award four more digital projectors to deserving drive-in theaters.  Those winners are: Stateline Drive-in of Tennessee, Starlite Drive-In of Missouri, Monetta Drive-In of South Carolina, and Ocala Drive-In of Florida.

With nine drive-ins saved and 140 more in need of help, Honda is still looking to lend a hand with its Indiegogo campaign, which runs until October 7 with a funding goal of $100,000. Should the campaign reach its funding goal by the finish date, Honda will reset the counter and attempt to raise another $100,000 to save another theater.

To help, visit the  Honda Project Drive-In page for details, contribute to the Indiegogo campaign, or get out and support your local drive-in theater!