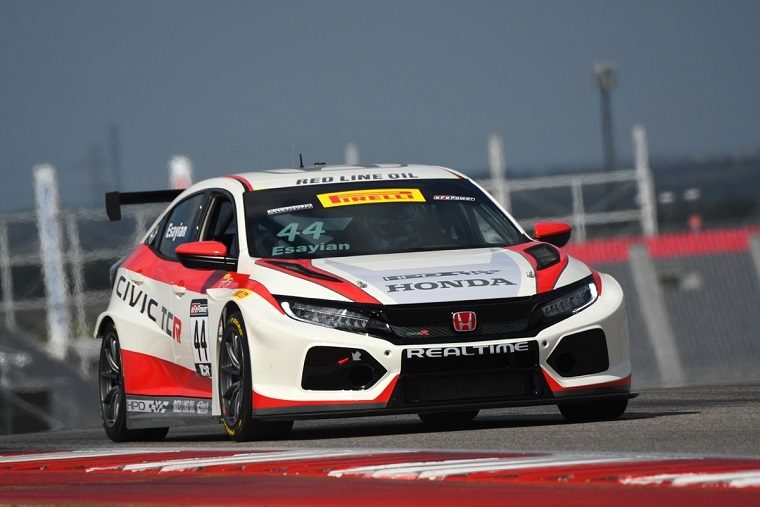 The Honda Civic Type R is often lauded as one of the hottest hatches you can buy, and the company is keen to put their performance to the test. This weekend, the Touring Car divisions (TCR) of the 2018 Pirelli World Challenge series will begin at the Circuit of the Americas in Austin, Texas, and two Honda Civic Type Rs will be joining in the competition.

“TCR is arguably the fastest-growing worldwide Touring Car racing category, and all of us at Honda and HPD [Honda Performance Division] enjoy taking part in competitive racing series which feature multiple manufacturers,” said Art St. Cyr, president of HPD. “We are looking forward to introducing and offering this Civic Type R-based TCR race car to Honda fans and racers.”

Ryan Eversley and Nick Esayian will be the lucky drivers to get behind the wheel of the Civic Type Rs for the RealTime Racing team. They’ll face at least a dozen other competitors from no less than four other major automobile manufacturers, including Audi, Hyundai, Alfa Romeo, and Volkswagen.

Car Overview: Take a closer look at the 2018 Honda Civic

For the competition, the Type R’s 2.0-liter, turbocharged four-cylinder has been tuned by JAS Motorsport to produce 330 horsepower, up from 306. Other modifications include an anti-roll bar package, race-ready suspension, and aerodynamic body kit.

“The new Honda Civic Type R is the ideal platform for TC class racing,” said St. Cyr. “The Type R was developed to be a race car for the road right from the factory, and we’ve dialed it all the way up for the track through our partnership with JAS Motorsport.”

On the Road: The best driving apps