Honda Seeks To Make “Designated Texter” A Thing, Creates Music Video To Do So 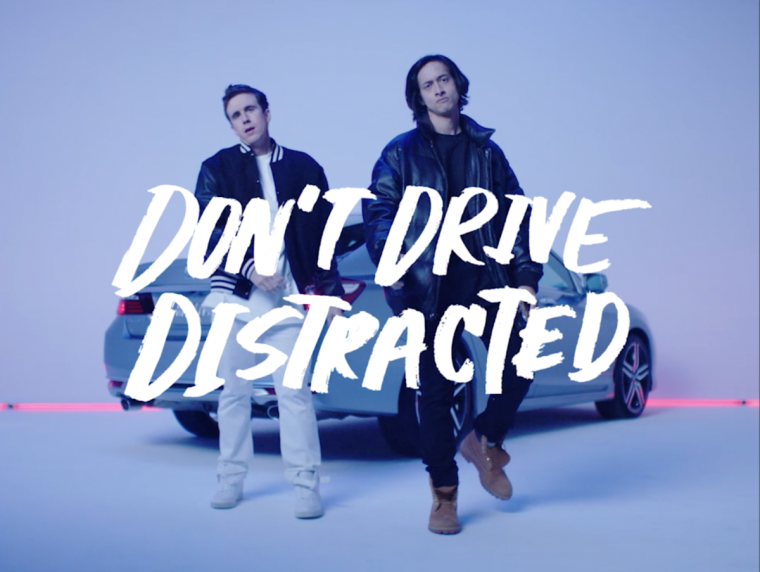 The explosion of ridesharing apps like Lyft and Uber has largely replaced the need for designated drivers, making it easier and safer than ever for sad sacks to drink alone. Inversely, the rise of smartphone technology has also made sober driving more dangerous, as people find themselves tempted to send text messages while they’re supposed to be keeping their eyes on the road.

To combat this problem, Honda is introducing the concept of “The DT,” or Designated Texter—someone who will text and tweet for you so that you don’t have to take your eyes off the road while driving. The social media campaign is kicking off now, to coincide with the Distracted Driving Month of April, and is beginning with this music video promoting The DT.

The performance, which Honda calls a “lyrically savvy, comedic ‘banger’ of a video,” is meant to introduce “The DT” into the pop culture lexicon, while also promoting “Mad Responsibility.” It seems unlikely that young folks will be rushing to download this new track—but perhaps they won’t have to, since “The DT” social campaign is going to be shared and promoted on all of Honda’s social media channels, including Instagram, Facebook, Twitter, and YouTube.

“Honda believes it’s critically important we continue to educate consumers about safer driving habits, especially with so many young drivers with cell phones behind the wheel,” said Ernie Kelsey, senior manager of regional, social and experiential marketing at Honda. “Distracted driving is a serious issue, but we hope with this ‘DT’ campaign we’ll get the attention of young drivers to address one portion of the issue… and make it cooler to hand over your phone to your passenger than to attempt to text or take photos themselves.”

Honda’s quixotic quest to make “The DT” a thing will run through the month of April.