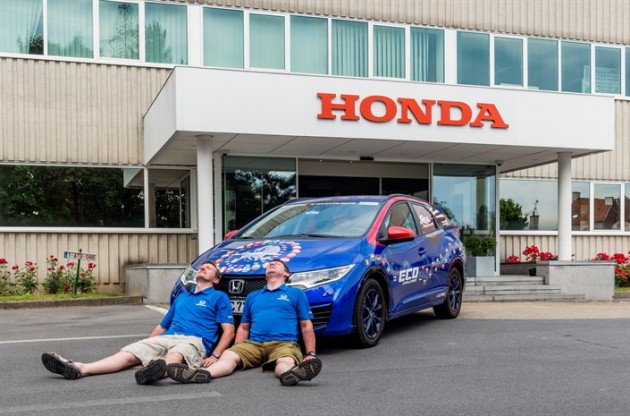 The fuel efficient feat was managed by a Honda Civic Tourer 1.6 i-DTEC, which was driven across 24 contiguous European Union countries in 25 days by two members of Honda’s European R&D team, Fergal McGrath and Julian Warren. The challenge was essentially a marketing stunt to demonstrate the impressive real-world fuel economy of the Tourer (and to get Fergal and Julian a nice vacation from work, we suppose). 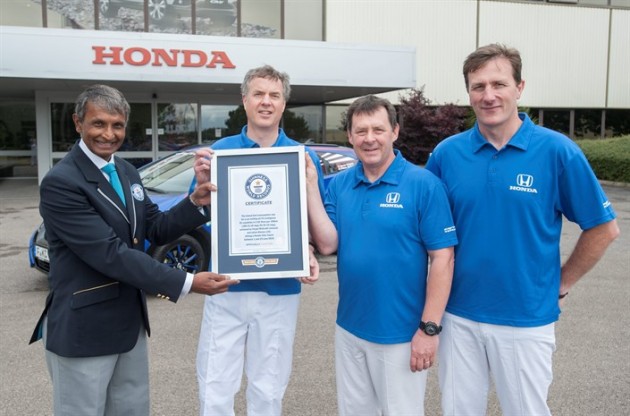 Remarkably, during the whole trip, the pair only stopped nine times to refuel, with each tank of gas lasting them an average of 1500km (932 miles).

The team began their road trip on June 1st in Aalst, Belgium, concluding it at the same spot just 25 days and over 8,000 miles later.

“It was tough, but we really enjoyed it, and setting this new Guinness World Records title has made all of the hard work worthwhile,” said McGrath. “This was a huge team effort so I’d like to thank everyone involved for all of their commitment and support. After spending so much time behind the wheel Julian and I are just happy to be back behind our desks for a while!”

Let that be a lesson, employers: the best way to improve your workers’ desire to work at their desks is to send them on a month-long road trip.