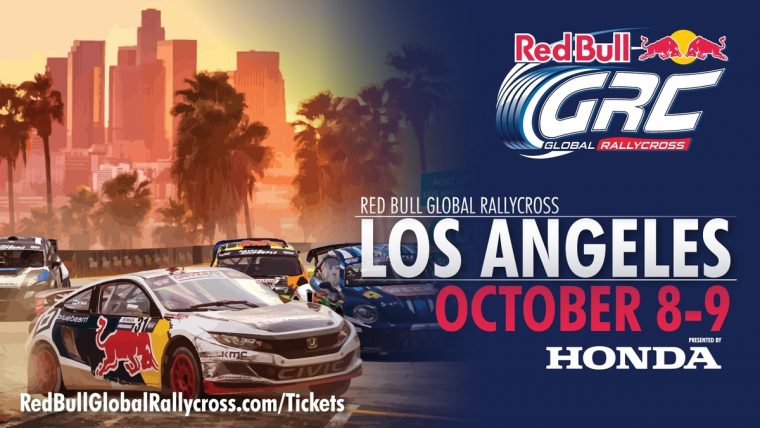 Today Honda announced that it has signed on to be the presenting sponsor of the third annual Red Bull Global Rallycross event at the Port of Los Angeles in San Pedro, to be held on October 8th and 9th. The double-header weekend event will also mark the season finale of the 2016 season, making this the first time that LA has hosted the series’ championship finale.

“Honda’s entry into Red Bull Global Rallycross this year has been one of the most significant developments of this season,” Red Bull GRC CEO Colin Dyne said in a statement. “Time and again they have demonstrated their commitment to winning in motorsports events around the world, and their first season with us has been no exception. As presenting sponsor of our marquee event in Los Angeles, this is just another exciting step forward.  We look forward to a fantastic event as we decide this year’s champion.”

“Honda’s entry into Global Rallycross this season has been one exciting ride and a great opportunity to showcase our Civic Coupe to a whole new group of racing fans and car enthusiasts,” added Nick Lee, National Advertising Manager for American Honda Motor Company. “We’re excited to join with Red Bull Global Rallycross by presenting the series finale in California, where Civic is the best-selling car. It’s a great way to end our inaugural season in GRC racing”

This March, Honda announced that it was partnering with Olsbergs MSE for the 2016 season, fielding a pair of Civic Coupes to be driven by 2014 Supercar champion Joni Wiman and 2015 runner-up Sebastian Eriksson. Currently, Eriksson leads the team with four podiums.