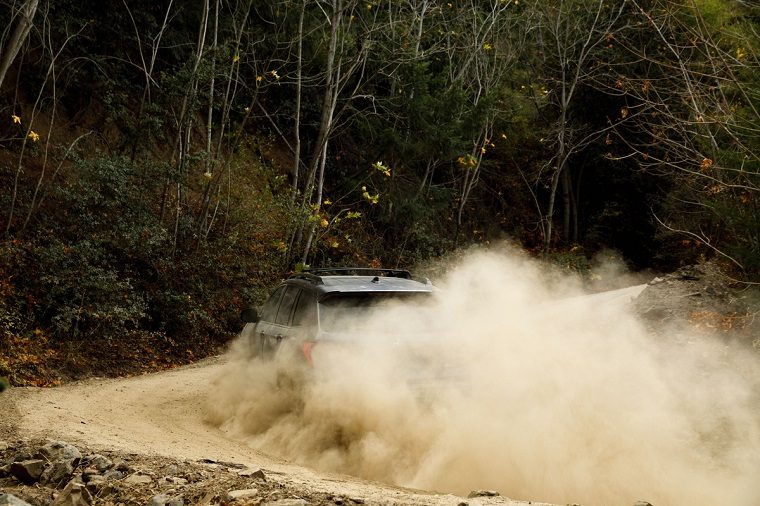 The rumors were true. Honda has confirmed that it is reviving the Passport with an all-new model that will debut at the 2018 Los Angeles Auto Show on November 27.

The original Passport, a five-seater sold from 1994 to 2002, was Honda’s first SUV. The new 2019 model will be positioned somewhere between the five-seater CR-V crossover and the eight-seater Pilot SUV.

As part of its announcement, Honda launched a 44-second teaser depicting the Passport driving on a single-lane dirt road from a bird’s eye view. Little of the SUV’s design is revealed, though the message about the Passport’s off-road capability is clear.

The Passport will be Honda’s fourth SUV and sixth light truck model, but it’s no surprise the automaker is doubling down on the segment. With light truck sales currently up 5.3 percent over last year, Honda is on track for a fourth consecutive record year.

The company recently upgraded its plant in Marysville, Ohio, to accommodate production of the CR-V, which is now assembled at four different North American plants and is Honda’s best-selling model, as well as one of the best-selling SUVs in America.

The all-new 2019 Honda Passport will go on sale sometime in early 2019. For more details, you’ll have to wait for the LA Auto Show.

Car Cleaning Tip: How to wash your car when you live in an apartment