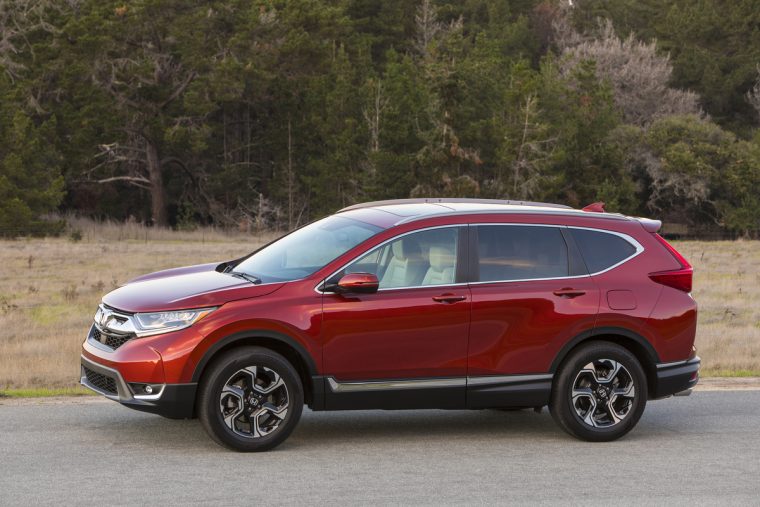 If you feel like the roads have had fewer cars and more trucks lately, you may be on to something. Though car sales were down, truck sales (including SUVs) were up across the industry, and one of the brands that benefited the most was Honda.

With Honda division truck sales totaling 79,808, making an impressive 9.2 percent increase over May 2017, the automaker set a new May sales record in North America.

The Honda CR-V continued to steal the spotlight just enough to beat the Civic. It was up 11.6 percent on sales of 35,905 units, while the Civic was up 7.4 percent on sales of 34,349 units. That’s actually quite an impressive performance from the staple Honda car considering the decline of all things smaller than a crossover in the overall industry. The all-new Accord also did well with more than 28,000 units sold, up 29.3 percent compared to last month.

Related: Compare the 2018 Honda Civic to its competition

The Honda Pilot showed the most growth: with 13,573 units sold, it was up an impressive 36.1 percent and is already up 40.8 percent year-to-date. The Odyssey minivan was also up 9.6 percent and the Ridgeline pickup truck continued to come just shy of 3,000 units sold.

“We’re pleased with the consistent results across our entire lineup of passenger cars and light trucks for both the Honda and Acura brands, and remain optimistic about the year ahead,” said Henio Arcangeli Jr., senior vice president of the Automobile Division & general manager of Honda sales.

Overall, Honda’s American division was up 3.1 percent compared to May of last year, and though the brand is down 1.7 percent for the first half of 2018, it has plenty of time to turn it around and beat last year’s performance.

Related: 2019 Honda Insight is ready to change the way you go green