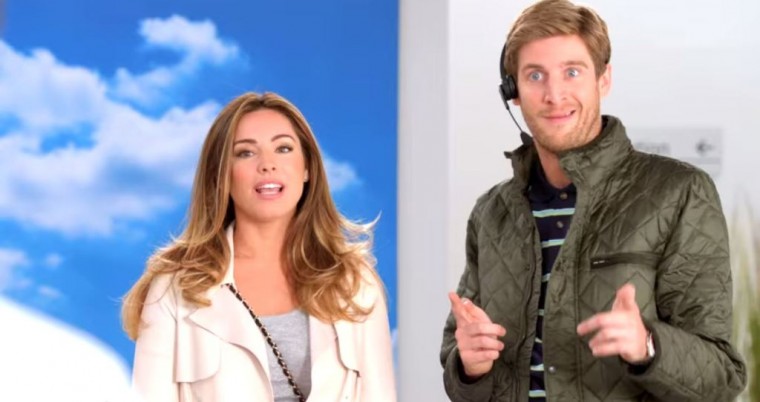 When’s the last time a car commercial made you laugh?

Let’s be honest: television ads these days are often bland, limp, and forgettable. Typically, car commercials which attempt to be funny–utilizing broad, pun-based humor that strives to be “family friendly” and not offend–fall painfully short of producing any genuine guffaws.

That’s not the case with Hyundai’s “You Couldn’t Live Without This, Girl” comedy short film for the new i20 compact.

The latest UK ads for the sporty i20 feature English model and actress Kelly Brook, known for her roles in 2010’s Piranha 3D and last spring’s misfired NBC sitcom One Big Happy. She, along with costars Tom Stourton and William Owen (playing George), deliver an entertaining advertisement full of British wit and character-driven, situational humor.

You can–and should–watch the entire video below.

The commercial stars a bickering, engaged couple–Dan and Debbie–who arrive at a Hyundai showroom to see the new i20. After George the salesman introduces the two versions of the i20–the coupe and the five-door–domestic squabbling ensues. And it’s a riot.

How could a commercial featuring the line, “Yes, she is seeking my seed for fertilization…and then gestation…and then a humanoid,” not be funny?

Energetic, flirtatious Debbie prefers the youthful, sporty coupe version of the i20, while her obnoxious, headset-wearing fiance Dan thinks the family-oriented five-door version is the better choice–because clearly women want to reproduce with him. The tension between them rises as annoyances grow and sexual frustrations are revealed.

And poor salesman George is caught in the middle as a counselor, surrogate child, and even a lover. 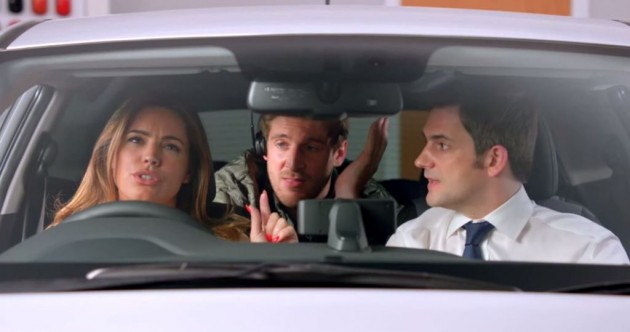 Debbie, George, and Dan inside the new Hyundai i20
Hyundai UK via YouTube

What makes this extended commercial work are two things: its willingness to take risks by utilizing witty, adult humor; and the performances of its cast. Their comedic timing and reactions to each other are spot on.

Ollie Parsons, who directed this five-minute i20 promotion, has also helmed other spots for Hyundai’s Santa Fe, ix35, and i30–all starring George the salesman and all just as funny. He has a knack for fitting well-delivered, witty comedy in short videos. “We treated this series like a sitcom–not an ad–writing and producing it as you would any other TV comedy. This isn’t only about making the audience laugh; it is also about quickly engaging them with the story and establishing the characters.”

Although the entire film is five minutes long, it has also been divided up into 30-second spots to air on television.

Take a couple minutes to view the video above. Believe us, it’s worth watching. 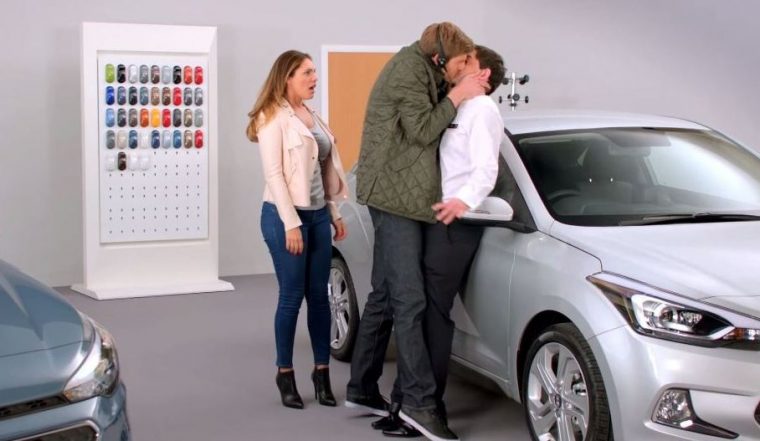