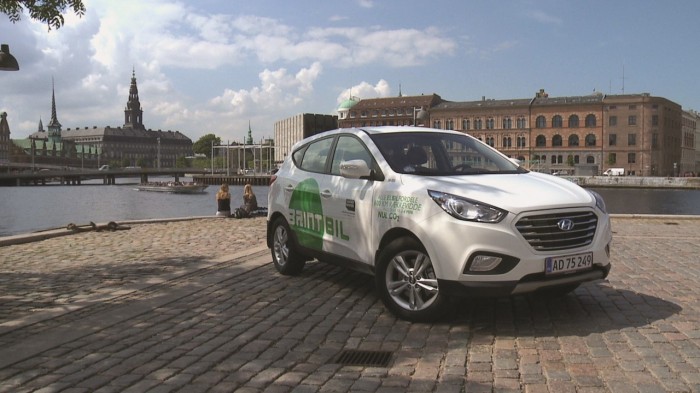 The Hyundai ix35 has been chosen for the third year in a row (so really, it’s no surprise anymore) by the Fuel Cells and Hydrogen Joint Undertaking (FCH JU), which is backed by the European Commission, to demonstrate just how fuel cell technology can work in our society.

Members of the European Parliament (MEPs), as well as European Commissioners, EU officials, and other Brussels policymakers, will get to test out two Hyundai ix35 Fuel Cell vehicles to learn more about how they work, what is needed to help the technology catch on, and the benefit these vehicles would provide to the economy and the environment.

Hyundai has been leasing a fuel cell vehicle to the FCH JU since October of 2011.

“The fact that the Hyundai ix35 Fuel Cell has been chosen for a third consecutive year underlines the vehicle’s pioneering approach to clean mobility solutions,” commented Byung Kwon Rhim, President of Hyundai Motor Europe. “Hyundai Motor and our colleagues at the FCH JU will continue to work together to promote the benefits and advantages of hydrogen and fuel cell technology.”

Bert De Colvenaer, Executive Director of the FCH JU, added, “The visibility of the fuel cell and hydrogen technology in a market-ready product, together with the ability to experience, hands-on, driving the fuel cell car, are of crucial importance to make key stakeholders understand that fuel cells and hydrogen are technologies for today.”

Believe it or not, the Hyundai ix35 Fuel Cell is already being leased by both public and private fleets over in Europe. A hydrogen road map has been established across the pond, and construction has begun on the necessary fueling stations. Countries such as Demark, France, Germany, Sweden, and the UK have taken delivery of the fuel cells for public officials.

Also of note: through the Hydrogen for Innovative Vehicles (HyFIVE) project, which is funded by the FCH JU, Hyundai will deliver 75 units of the fuel cell vehicle to places such as Bolzano, Italy; Copenhagen, Denmark; Innsbruck, Austria; London, England; and Munich and Stuttgart, Germany.