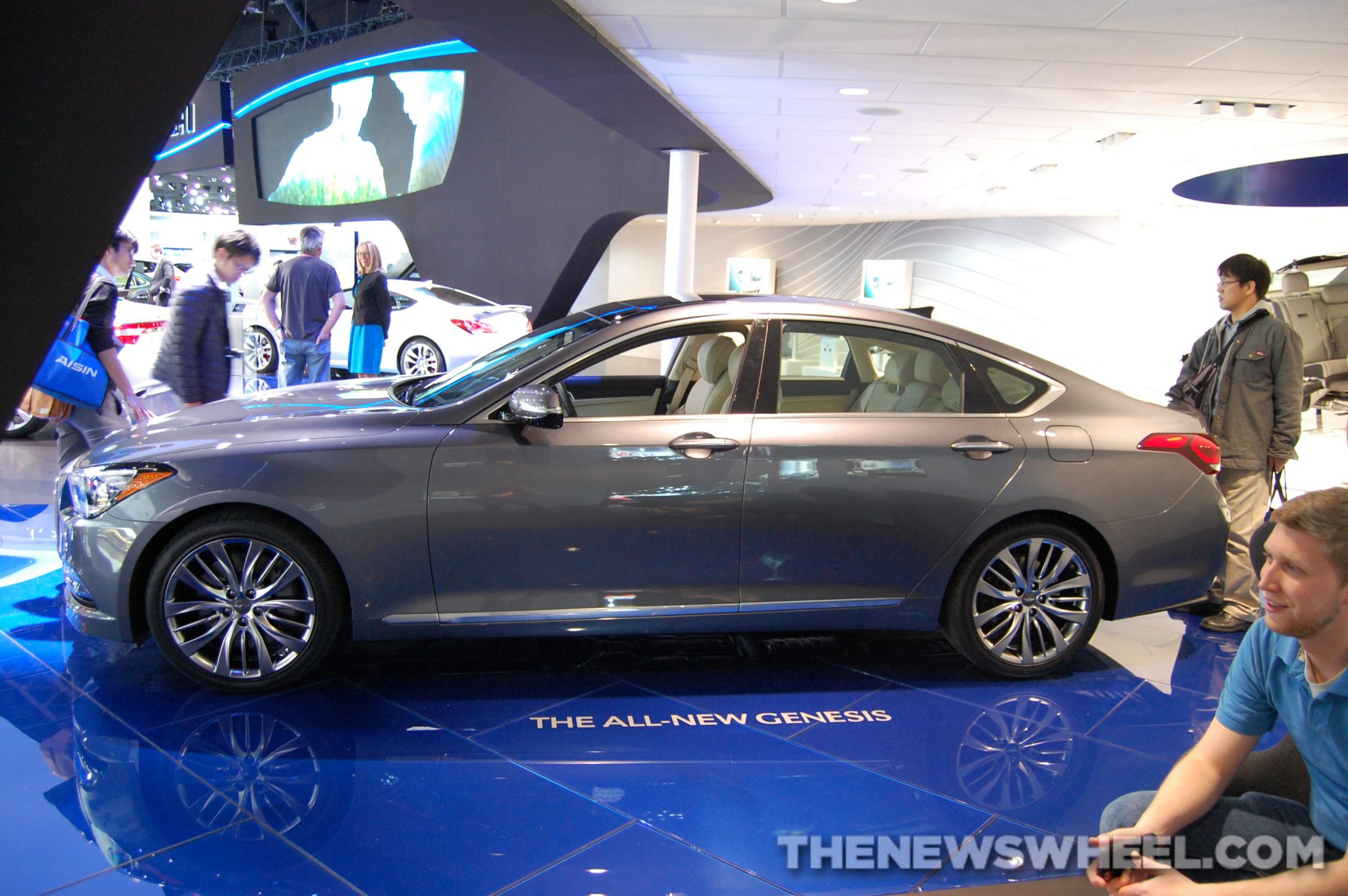 Me parking my rump in front of the 2015 Hyundai Genesis in what was quite arguably the most comfortable chair of the show.

After Marci popped a few pills to alleviate the headache from Nissan’s Scent of the Future, we stepped over to the Hyundai NAIAS display. By now, our feet weighed us down like throbbing cinderblocks, but we had just a few hours left to fit everything in. 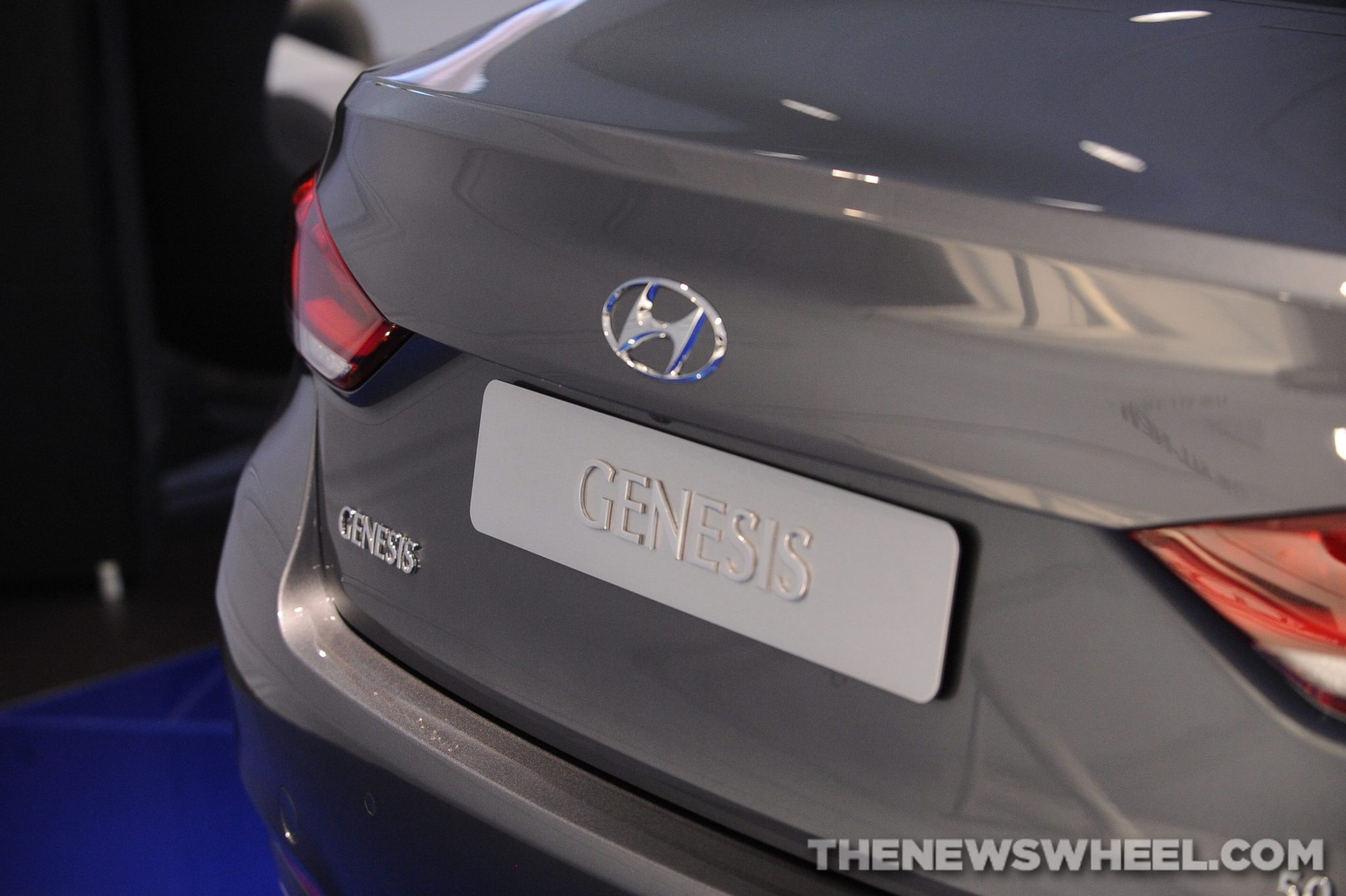 Hyundai’s layout was pretty basic compared to the one we had just encountered for Nissan. The only exceptional part of the booth was for the newly unveiled Hyundai Genesis. This baby features an all-wheel-drive HTRAC® system and is the first in the Hyundai lineup to do so. The Genesis also ushers n a new design language, one that Hyundai has deemed Fluidic Sculpture 2.0 (because everything sounds fancier with a 2.0 attached). Hyundai’s Blue Link Glasswear, demonstrated at CES, will also debut in the 2015 Genesis sedan. 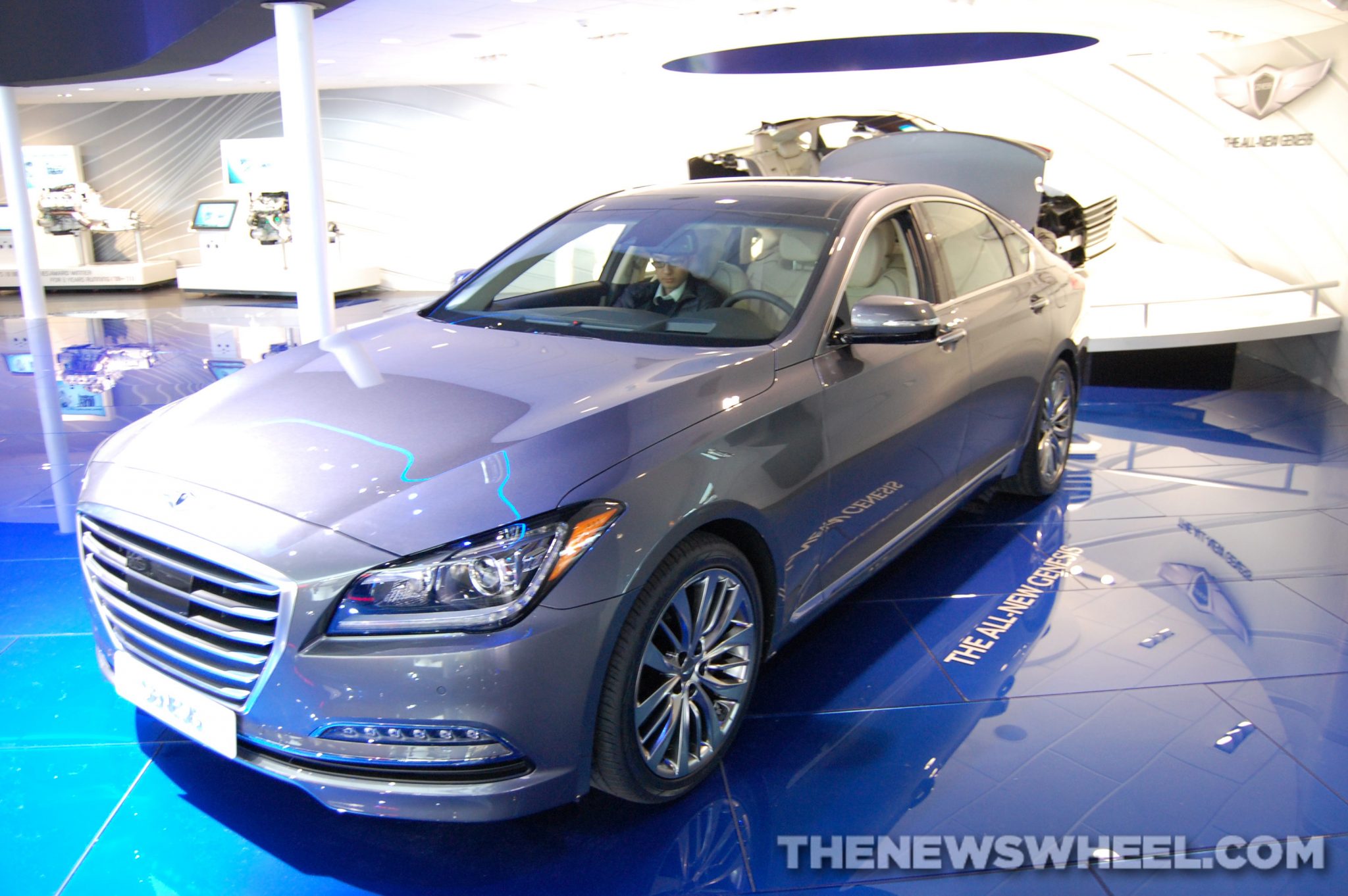 Say hello to the Genesis.

After Hyundai, we checked out the Subaru NAIAS display. I was incredibly excited to check out the signature orange XV Crosstrek, although I’m not sure why, as my friend, Cat, drives one (wisely named Sirius), and I’ve already been inside. Much to my dismay, the orange model was not on display. Luckily, they had the XV Crosstrek Hybrid on display in a shocking green color, so I got to play around inside that one for a few. 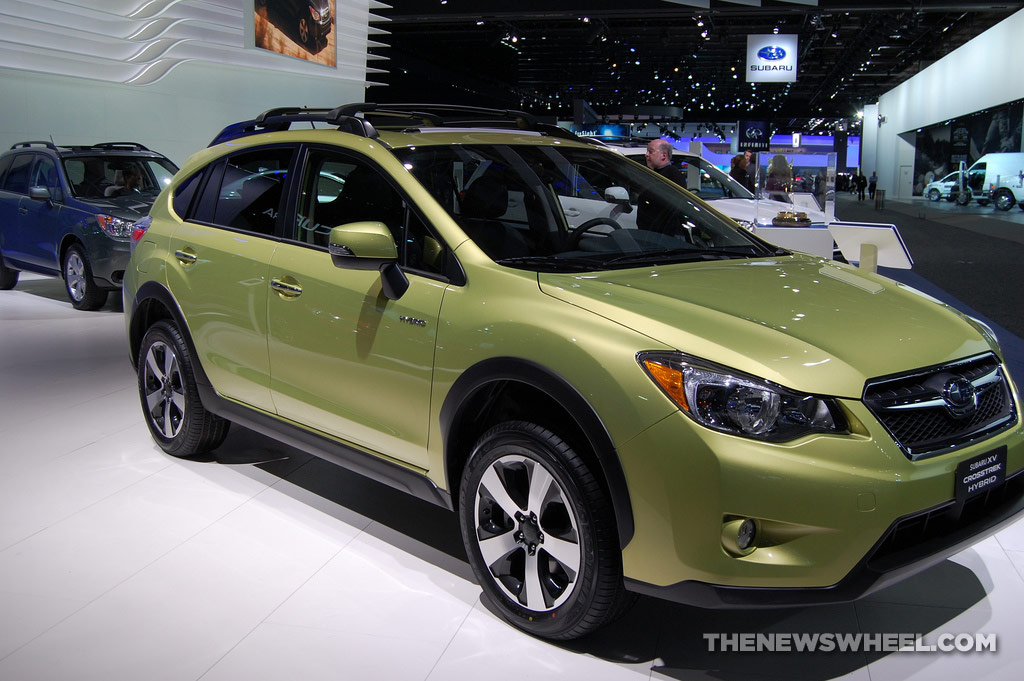 Not as cool as the traditional XV Crosstrek in my opinion, but still one of my favorite models at the show. 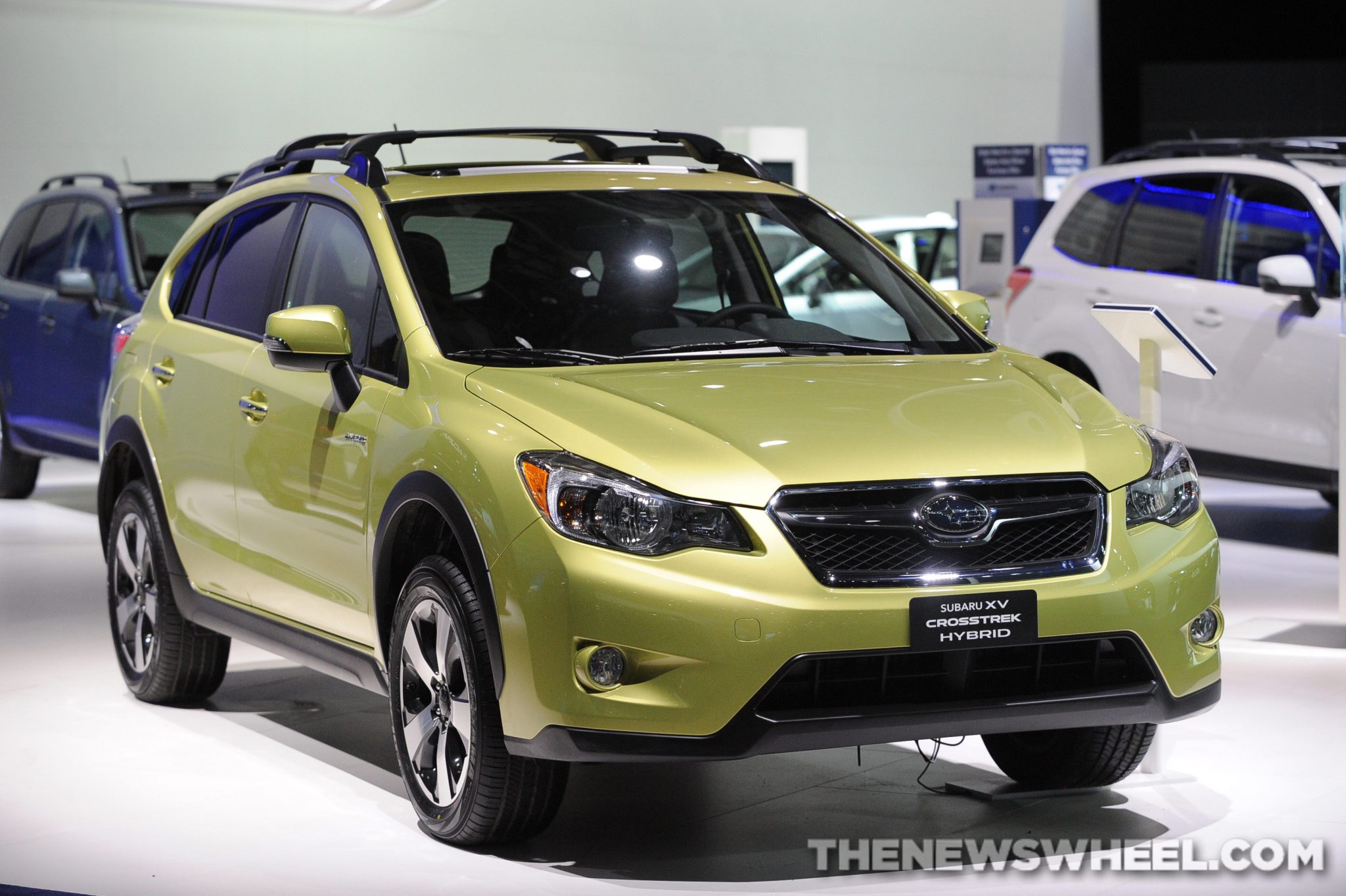 The highlight of the Subaru display was the 2015 Subaru WRX STI, which is based on the Impreza sedan but is much more aggressive, naturally. Styling cues reflect the also recently unveiled WRX, which debuted in LA. The giant rear wing on the STI is the most noticeable aspect of the design and makes the model look downright menacing. The ferocity continues under the hood, where there’s a growling turbocharged 2.5-liter flat four-cylinder engine that pounds out 305 hp and 290 lb-ft of torque.

The rear of the WRX STI

Following Subaru’s display, Marci and I backtracked a bit to hit up the Honda and Acura booths. While Honda’s was full of excitement, Acura’s left a lot to be desired.