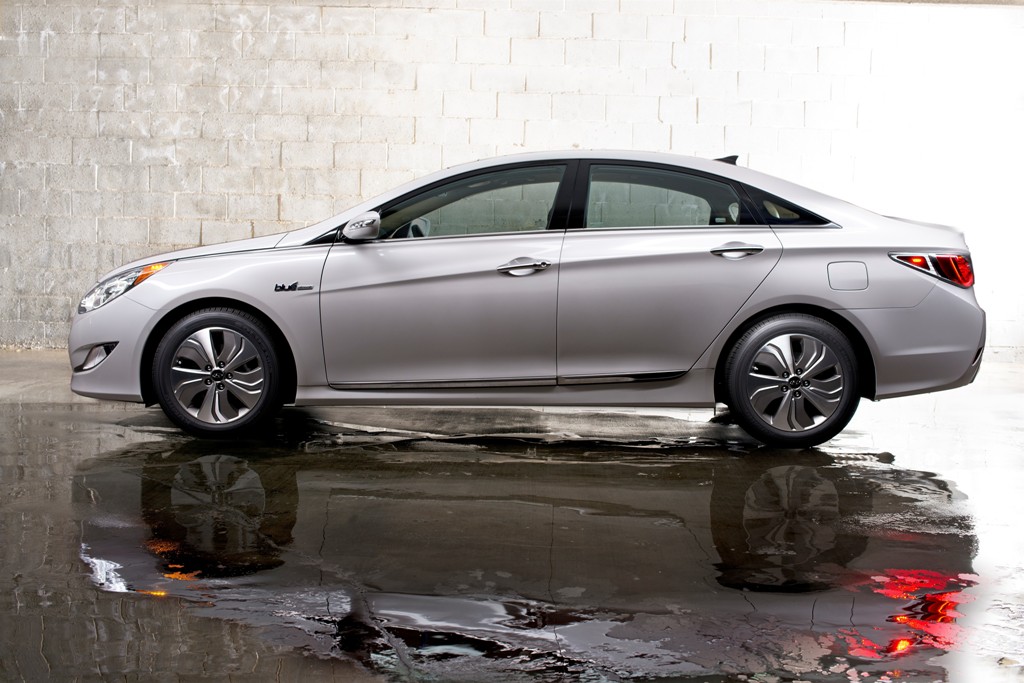 The Toyota Prius has been a thorn in the side of automobile manufacturers since it first hit the market in Japan 17 years ago. That compact hybrid is just so dang… efficient.  No wonder it’s made itself a target for so many other brands’ developers.

Considering a new car? Decide if buying or leasing is better for you

We’ve just reported on the rumors that Ford is developing a competitor to the Prius, and according to news uncovered by Autoblog, Hyundai is doing the same.

Hyundai has realized that its hybrid version of the popular Sonata isn’t enough to compete with the electric integration of Toyota’s Prius. Like Ford, a new Hyundai Prius-like Hybrid is in development, specifically implementing a hybrid powertrain that offers no gasoline-only alternative.

According to reports, not only is this model in development, but spy shots reveal it is being tested as you read this. Hyundai’s sleek, four-door conceptual model has been seen flanked by, and keeping up with, a couple of Toyota Priuses during testing.

The launch is rumored to be as early as next year and may include one model or a whole family of hybrids. The brand-new vehicle will likely utilize the Blue-Will plug-in concept touted by Hyundai back in 2010 at the Detroit Auto Show. However, the company will probably start with a combination vehicle before launching their own plug-in version.

We speculate that Hyundai won’t give up its success in the mid-size sedan section and will continue to offer Sonatas with the hybrid version, as it has been since 2011. But that hasn’t yet been confirmed.

Like every other major automaker, Hyundai is intent on launching plug-in options within the next decade, especially having caught wind of the new Hyundai Prius-Like Hybrid. The biggest question is…

Will it be any better than the Prius at drag racing?