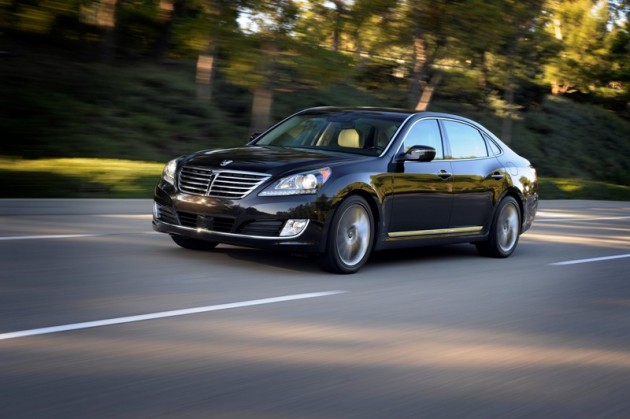 Few people predicted Hyundai would become a leading automaker in the push toward autonomous transportation, but that’s exactly what the South Korean automaker plans to do with its newest model year of the Equus. The premium sedan, which will be released later this year, will feature numerous semi-autonomous features.

Hyundai is taking a major step forward in embracing self-driving features with the next Equus, which will arrive in late 2015. According to PC World’s report on the automaker’s announcements at the 2015 Seoul Motor Show, the latest Equus will include driving assistance that will control the vehicle’s acceleration, braking, steering, and collision avoidance. These updates will allow drivers to program their vehicles to nearly drive themselves on the highway. Hyundai is also working on stop-and-go traffic jam assistance.

“It is time for us to take a leap in quality and to lead in the global race for environment-friendly, energy-efficient and high-tech cars,” stated Kim Choong-ho, president and CEO of Hyundai.

According to officials, these added features shouldn’t change the price of the Equus; thus the price tag will resemble the current cost (between $61,000-$68,000). The tech-savvy Equus will be marketed primarily in South Korea and the United States.

Hyundai’s still working on its ultimate goal of a fully autonomous vehicle, so it’s currently imbuing its mass-produced models with “auto-pilot” features. That’s why vehicle-to-vehicle communication is so crucial to the automaker’s vision of transportation. Reaching a fully self-driving state could take as long as a decade, according to the automaker’s estimates.