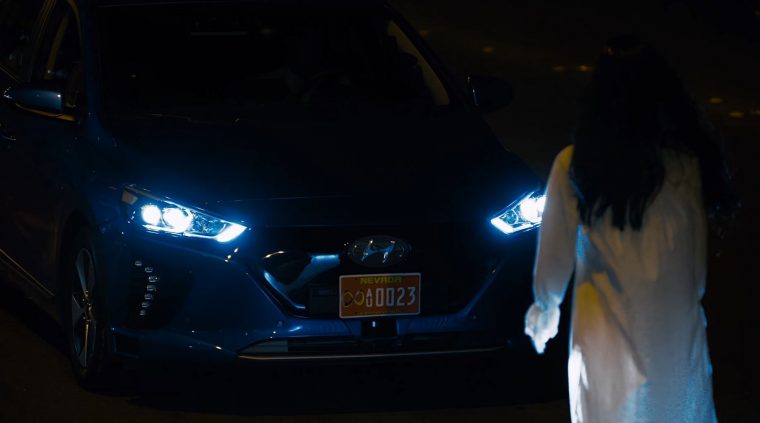 A lot of debate has been swirling around the development of self-driving cars. Is it possible? What are its benefits? How safe is it?

While most outsiders look at the technology as an excuse for self-absorbed people to travel in a vehicle while remaining glued to their phones, automakers are attempting to illustrate the genuine safety benefits of autonomous cars. For instance, Hyundai has released a series of scenarios in which its self-driving Ioniq car helps “drivers” avoid disaster.

One scenario, in which drivers on a dark, secluded road are ambushed by the image of a terrifying ghost, is particularly hilarious. Check it out below.

New Elantra GT Hatchback: Get an inside look at this hot new model!

Watch These Drivers Freak Out While Driving–Scary Stuff Ahead!

In the test, Hyundai put three drivers–a former SWAT agent, a pro driver, and a researcher–on a test road to show them (and the viewers) the helpfulness of a instantly-reacting vehicle in unexpected situations. Two drove standard vehicles while the researcher rode in a self-driving Hyundai Ioniq.

As seen in the video, the people behind the wheel were purposefully surprised by a mannequin of a demonic figure that rose from the street, triggered by a motion sensor. The two drivers who operated standard-control vehicles swerved into the other lane and off the road, while the self-driving Hyundai noticed the obstruction and came to a gradual halt before resuming motion.

While the video itself appears to be staged (but what isn’t these days?) and the technology demonstrated equally proves the usefulness of driver assistance tech, this Hyundai Autonomous Driving episode still brings up some good points–and laughs.

Calm Down! How the experimental Hyundai Safety Cockpit can detect your road rage