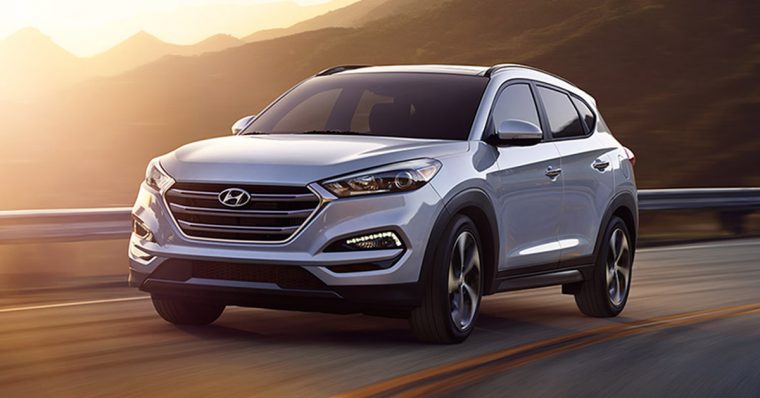 Hyundai is still struggling to maintain steady growth with yet another overall decline in sales for April 2018. Down 11% compared to April of last year, Hyundai sold a total of 56,063 units last month, including Genesis-branded vehicles.

Its saving grace lies in its SUV lineup, which set a record high last month, selling 25,618 units. “Even with April having three fewer selling days and one less weekend, Hyundai’s well-balanced SUV lineup continues to take advantage of market conditions and consumer preferences,” said John Angevine, Hyundai Motor America’s director of national sales. The Tucson brought in more than half of SUV sales, a 30% year-over-year increase. In fact, the Tucson set a record by exceeding 12,000 units sold in a single month for the first time.

SUV sales have been on the rise for nearly every automaker recently. The rise in their popularity has sparked concern among environmentalists, pushing toward an all-electric future — especially in the world of SUVs.

SUVs on the Rise: Check out the ever-popular 2018 Hyundai Tucson

It turns out there’s a pretty decent demand for electric cars after all, which is a good sign for environmentalists. The Hyundai Ioniq — offered in hybrid, plug-in hybrid, and electric models — saw a 36% year-over-year sales increase for the month of April. Its year-to-date sales are above and beyond 2017 sales, too, with 5,587 units sold compared to 1,648 units this time last year.

Genesis, on the other hand, is experiencing decreases all around. Overall sales for the luxury brand dropped 26% compared to last year, losing sales for both of its only two models: the G80 and G90. The brand reported year-over-year decreases of 26.2% and 23.4% for the G80 and G90, respectively.

Be Prepared: Benefits of having an emergency car kit