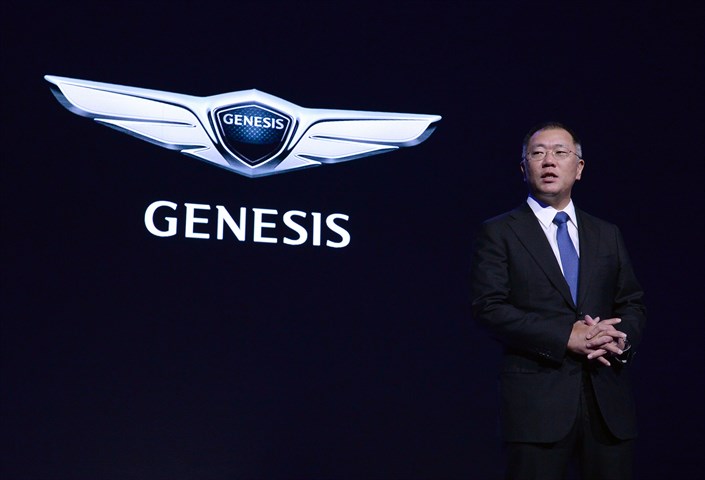 Even with the release of the redesigned Tucson, Hyundai Motors has been struggling to overcome its slowing growth and limited variety in its lineup. The Korean automaker’s sedan-saturated line of vehicles has been perceived as a limitation by competitors, critics, and the company’s own officials. The upcoming, unique Santa Cruz ute is intended to solve the automaker’s problems by offering a drastic new direction.

However, the Santa Cruz isn’t the only thing Hyundai plans to invest in to overcome its slump. On Wednesday, the automaker announced its plan to launch a separate luxury brand. Calling the brand “Genesis,” Hyundai will directly compete with German and Japanese automakers.

New Direction for Hyundai: What we learned from the Vision G concept

Check Out the Genesis Launch Video

Taking the route of every other major automaker, such as Nissan’s Infiniti and Honda’s Acura, Hyundai plans to separate its luxury vehicles into their own lineup marketed to different consumers. The move is intended to signal a “new start” for the automaker, headed by former chief designer for Bentley and Audi, Luc Donckerwolke.

The plan involves rolling out a fresh six-model lineup of luxury vehicles by 2020 under the Genesis nameplate and emblem currently used for the mediocre-selling Hyundai Genesis (most popular in its coupe version). The Genesis brand will be a stand-alone marquee operating alongside Hyundai. Mimicking luxury brands like Lincoln and BMW, the Genesis cars will receive a numeric naming pattern–combining the letter ‘G’ with a segment number (70, 80, 90, etc).

“The Genesis models will provide technological innovation, excellent driving performance and luxury to customers,”Woong-Chul Yang, Head of Hyundai Motor R&D Center and Vice Chairman of Hyundai Motor, stated. “Every Genesis model will be created with the needs of our customers in mind, so the resulting car will perfectly meet their needs without any unnecessary burden or excess.”

Hopefully this move will save Hyundai from its continually-lowering profits, which have reached their lowest levels in five years.