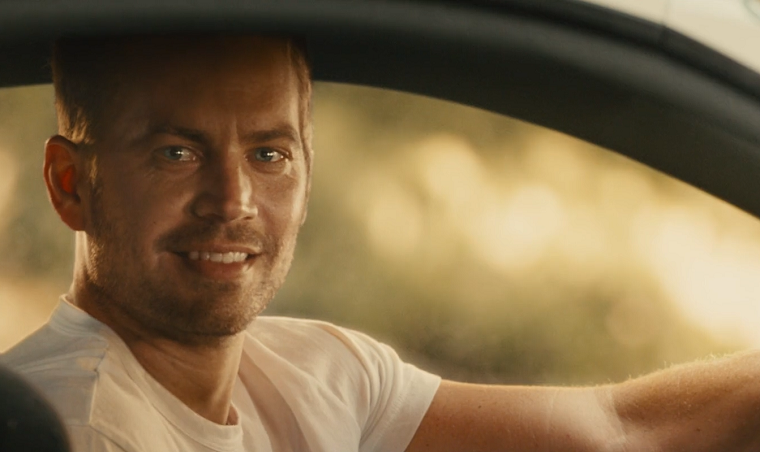 The Fate of the Furious will premiere in just a couple of days time and given that I write for a website about cars, it seemed like the perfect opportunity to put together a review—the only downside being that of the seven movies that came before it, I had seen exactly none.

So last week I set out to watch the entire Fast & Furious franchise to get myself acquainted with the characters and to perhaps get a better understanding of why the movies have done so well at the box office (at least since Dwayne “The Rock” Johnson joined in). After a dozen hours of watching drag races, car chases, and Vin Diesel staring people down while growl-muttering unintelligibly, I was finally done—and these are my thoughts. 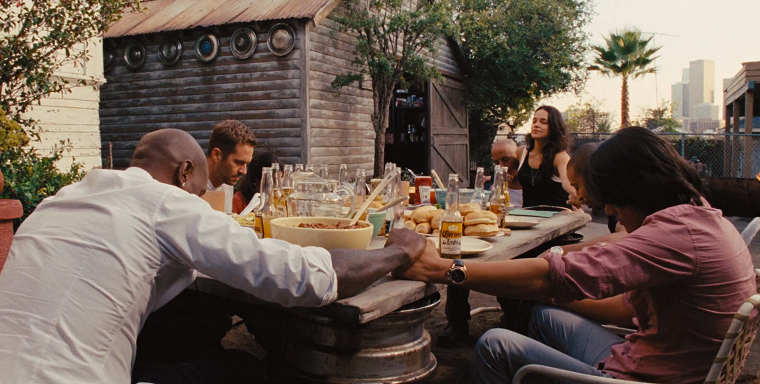 You would have thought the Fast & Furious films to be about cars, speed, and adrenaline above all, but the theme at the core of nearly each one is certainly family—and it’s by far the best part of the franchise. Sometimes it’s a little overdone, but most of the time the focus on the familial, down-to-earth, let’s-have-a-barbecue relationship between the characters is a welcome respite from the rest of the action.

You get a sense that the characters genuinely care for each other, and that’s probably because many of the actors are close off-screen. Paul Walker, for instance, was good friends with Tyrese Gibson, and the friendship and respect shared between Vin Diesel’s character and Paul Walker’s mirrored that of the actors’ in the real world—which made the tribute to Paul Walker’s death at the end of Furious 7 all the more heartfelt.

On the downside, the appeal of the family-like bond shared by the core cast is sometimes overstated in order to serve as the driving force behind many characters’ changes in allegiances, even if they don’t always make sense. Each of the following characters, at some point in the franchise, are positioned against Dominic Toretto (Vin Diesel) and his gang/family, yet eventually and seemingly inevitably become seduced by the latter, leading them to betray their former allegiances: Brian O’Conner (Paul Walker), Gisele Yashar (Gal Gadot), Elena Neves (Esla Pataky), Luke Hobbs (Dwayne Johnson), and Letty Ortiz (Michelle Rodriguez). In Hobbs’ case especially, it seems like a complete break of character.

The Third One is Always the Worst 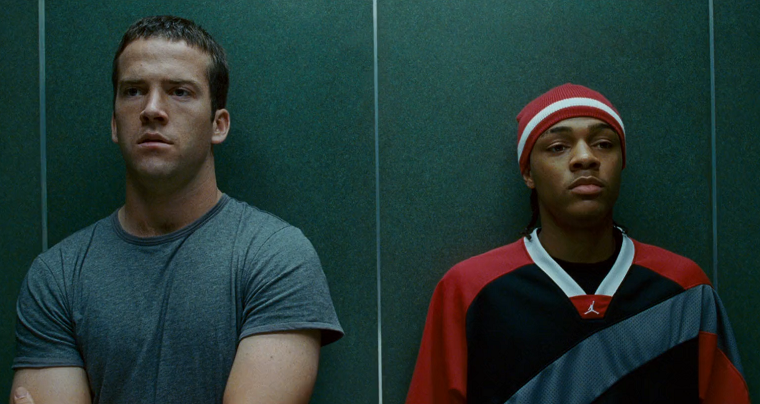 Lil’ Bow Wow and one of cinema’s most unlikable protagonists

In X-Men: Apocalypse, Jean Grey walks out of a theater with her friends after having seen The Return of the Jedi and makes a comment that ironically applies quite well to the rebooted franchise in which she herself stars: “We can all agree that the third one’s always the worst.”

As it turns out, the third one is also the worst even if it’s the seventh of a huge franchise and not just the conclusion of a trilogy. The Fast and the Furious: Tokyo Drift features the worst actors, the worst characters, a completely uninteresting plot, and just the right amount of mid-2000s Lil’ Bow Wow forced comic relief so as to be cringe-inducing rather than laugh-provoking.

Another issue with Tokyo Drift is that it dilutes some of the drama in the films that follow it. Because its events take place just before those in the seventh movie, it’s easy to make a few predictions in the fifth and sixth; e.g. Han will always survive any predicament because we know he doesn’t die before Tokyo Drift, and Gisele will definitely die, because she and Han keep talking about spending their lives together in Tokyo and we know she wasn’t anywhere to be found when the cameras were rolling there. 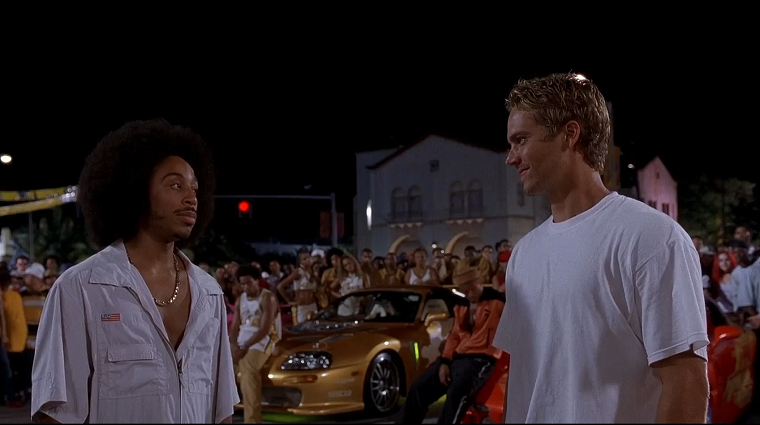 Paul Walker having a chat with a tech nerd in disguise, clearly

The Fast and the Furious was based on a novel and as such had a fairly contained, internally-consistent storyline with, though it isn’t saying much, the most nuanced characters in the franchise. The first three movies are clearly heavily influenced by JDM car culture and underground racing (even Toretto drives an import before suddenly becoming a die-hard American muscle guy later on); the fourth movie, a reboot, marks a significant shift in subject matter, and by the fifth installment the franchise has firmly become a series of heist films.

Based on the Rotten Tomato ratings and box office revenue, the viewers clearly enjoy this, even if the heists themselves are often poorly motivated. In Fast Five, the gang tears down Rio to steal $100 million from a businessman simply because he had tried to steal the same car they were stealing; but because he was corrupt, we’re supposed to just go along with it. In Furious 7, they crash a billionaire’s party, destroy his suite and his car, and deal untold amounts of damage to the Etihad Towers all because he had accidentally acquired a bit of hardware they wanted. You’d think they could have just talked to him.

On the other hand, one strength of the movies as they have progressed has been the improvements to the cast; first with Dwayne Johnson, then Luke Evans, and now Jason Statham, who is set to also join Toretto’s gang in the upcoming release (after fighting it all throughout the last film, repeating the aforementioned pattern). In fact, by Furious 7, the whole franchise felt like a cross between Ocean’s Eleven and The Expendables, with a sprinkling of cars. That’s not necessarily a bad thing, as many of those featured in the ensemble cast are positively electric on the screen. Johnson always brings a fun element to the picture, and Statham’s introduction in Furious 7 is genuinely badass.

Unfortunately, the shift to heist films threw a wrench in the internal consistency of the franchise. When Tej Parker (Ludacris) is introduced in 2 Fast 2 Furious, he is more or less Toretto’s street race-organizing counterpart on the east coast. Later, he suddenly becomes the designated tech guy, because every heist needs one, with a whole set of computer and hacking skills the viewers should have no reason to believe he really has. Then there’s the issue of Toretto being able to go toe-to-toe with Luke Hobbs in a fight, despite the latter being about twice the size and having actual combat training; even if you can believe that, I don’t know how you can reason Toretto’s ability to also defeat Deckard Shaw, the special forces assassin who single-handedly took out 20 elite operatives after he went rogue.

Being able to carry out a heist requires a specific set of skills, and we know from the first movie that those skills don’t go far beyond mere driving, especially because it ends with a very small-scale heist gone wrong. A few films later, everyone in the gang is a heist professional. But hey, that’s cinema for you. If only it stopped there. 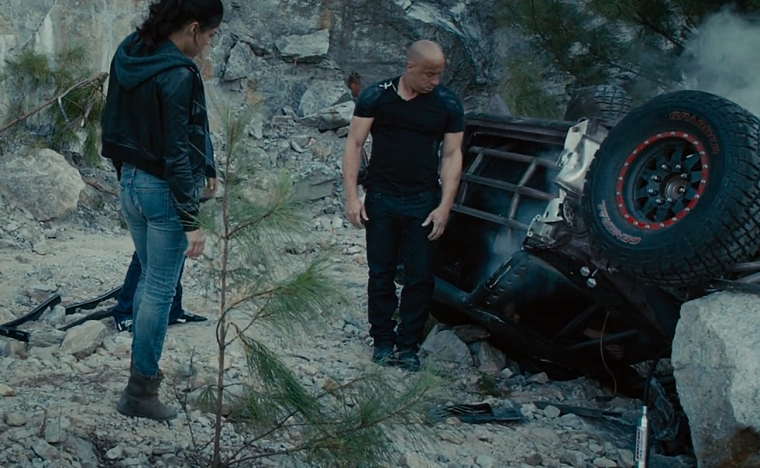 “Just rolled all the way down the mountainside, no biggie. Oh, and my passenger is fine too.”

You’d better have a large reserve of suspension of disbelief at hand if you’re to enjoy a Fast & Furious movie. I suppose I must have a shallow reserve because it didn’t take long before I stopped enjoying the over-the-top stunts and complete disregard for realism. It got to the point that I wished they would bring back the terrible NOS CGI effects from the first two movies—it looked bad, but at least it wasn’t trying to convince me that two street cars could pull a 10-ton safe out of a concrete wall and then drag it on the ground, or that a regular car’s weight could cause a tank to flip over on its back.

By the last movie, it seemed that Toretto’s solution to everything was to simply drive off the nearest drop, no matter if that meant violently crashing down a mountain or falling off a skyscraper in Abu Dhabi (don’t worry, another skyscraper will be there to catch you!). That he does this kind of stuff with utter confidence—often with a smirk on his face, as though it was all part of some plan—and goes on to survive without a scratch is not only ridiculous but completely negates the impact of other injurious behavior in the films. For instance, when Gisele falls off the car on the 18-mile runway in Fast & Furious 6, we’re led to believe she dies—but because we’ve seen the main cast survive much, much worse accidents many times, I would have expected her to show up later without so much as a scratch had it not been for the sappy music clearly indicating otherwise.

And then there are the little things. A lot of the car talk is nonsensical and for all the mentions of 10-second cars, the quarter-mile drag races take far too much time on the screen; not to mention that we’re supposed to believe drag race results are purely down to driver skill and not almost completely dictated by car performance, as is the case in real life.

I also couldn’t help but laugh when, in Furious 7, the gang showed up in Abu Dhabi with nothing less than a McLaren MP4-12C, a Ferrari 458, a Bugatti Veyron, and…a Dodge Viper and a Dodge Charger, because Toretto just has to have that American muscle even if it means being the slowest of the bunch by far (and because Dodge sponsors the films, which means the audience has to be led to believe a Charger could keep up with any of the others).

An even funnier moment came just minutes later, when it was revealed the gang’s target owned a $3.4 million Lykan HyperSport with a top speed of 242 mph and a 0-60 mph time of “under 3 seconds.” Roman Pearce (Tyrese Gibson) made a huge deal of those numbers and how they “aroused” him, which seemed utterly comical considering he had just been at the wheel of the Veyron, famous for its 267 mph top speed.

Maybe I’m nitpicking, but it does seem as though to enjoy these car films, you have to be less of a car guy rather than more, because knowing anything about cars and racing will make you notice all of the things they get wrong. 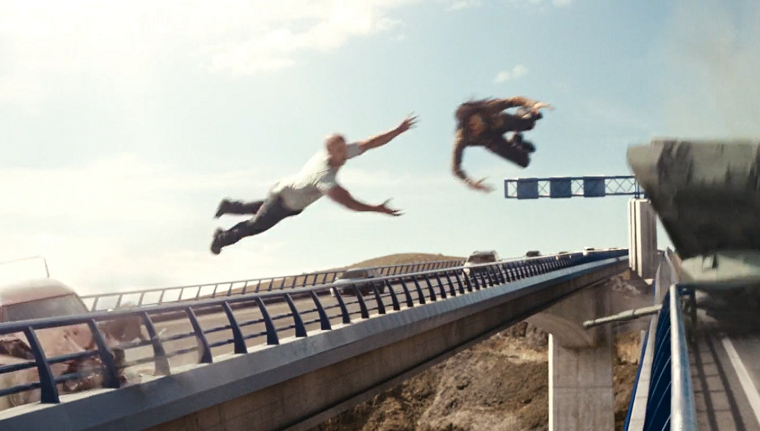 It’s a bird…it’s a plane…it’s Vin Diesel launching himself from a car to save Michelle Rodriguez being thrown off a tank!

The Fast & Furious franchise has its good moments, but for the most part I found myself struggling to stay awake even as the action sequences unfolded before my eyes, so unbelievable were they. I don’t expect realism from most movies, especially if they are action movie blockbusters; but there is a limit to how much you can bend the laws of physics and violate logic and still be taken seriously. The Fast & Furious films routinely go way beyond that limit.

Still, they’re not far off from being great action films. In fact, they’re quite close: simply making the action more grounded would automatically make it more suspenseful and meaningful. If The Fate of the Furious can strike the right balance between that and remaining dramatic and explosive enough for the big screen, I have no doubt I’ll enjoy it.