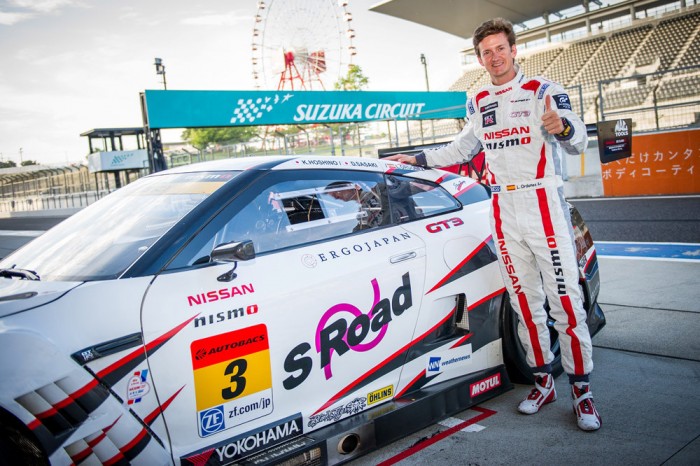 Nissan’s GT Academy has stolen headlines across the automotive since its creation in 2008.  The one-of-a-kind competition turns video gamers into professional race car drivers, but the transition to full competition doesn’t happen overnight.

The first-ever Nissan GT Academy winner, Lucas Ordóñez, has spent the last six years under the ultimate NISMO apprenticeship, which has allowed him to snag two international championship wins and a pair of podium finishes at the Le Mans 24.  Now, Ordóñez is set to take on a whole new challenge, as he prepares to compete in the Japanese Super GT in 2014.

“To race in Japanese Super GT has been one of my goals since I started my racing career,” said Ordóñez, in a press release. “It’s a fully professional championship with official works teams competing so I will have a great chance to fight at the highest level and prove to everyone why I got this seat. The GT300 class will be very tough but we will push 100% to win the championship.”

Participation in the Super GT only adds to what already promised to be a banner year for Ordóñez.  Just a few weeks ago, Nissan announced that Ordóñez would pilot the revolutionary ZEOD RC at Le Mans in June.

Think a video gamer turned pro has what it takes to compete in the Super GT? Let us know in the comments below!

RELATED: Nissan Provides Customers with Some of the Most Fuel-Efficient Trucks