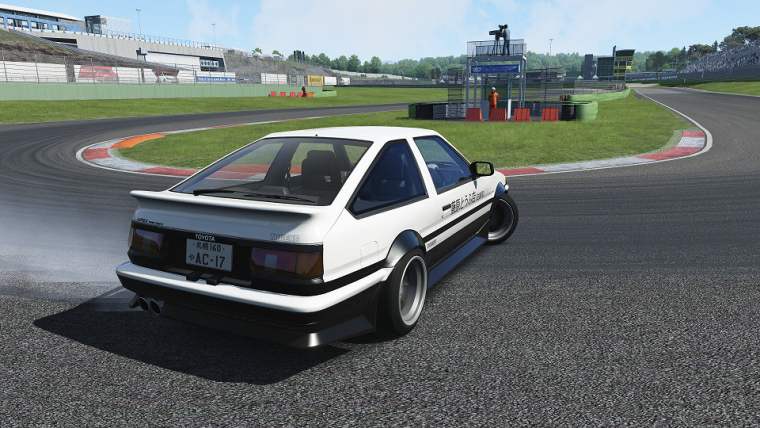 Sideways is the best way.

The world of simulation racing is a relatively small one, but now that the first generation of virtual reality devices is finally on the market, it’s easier than ever to sit at the computer and feel as though you’ve stepped into a real car. In fact, though they are meant to be used with a variety of games, virtual reality devices like the Oculus Rift and HTC Vive seem almost tailor-made for simracing.

Yesterday, Italian developer Kunos Simulazioni released a new Japanese Car Pack for its popular Assetto Corsa simracing title, featuring multiple Toyota classic cars, including three versions of the Toyota AE86 and three versions of the Toyota Supra MKIV. Along with the pack came a patch that introduced Oculus Rift support, allowing users who might otherwise never be able to drive these cars in the real world to explore them in breathtaking detail.

You may recognize the AE86 as the car used by Takumi Fujiwara in Initial D, a Japanese anime that was so popular among auto enthusiasts that it drove up the car’s price for years, known in the United States as the “Takumi tax” or “Initial D tax”. In addition to being an excellent car for modding and tuning, it also became the poster-child for the drifting movement in the 90s. Who knew a Toyota Corolla could be so beloved? 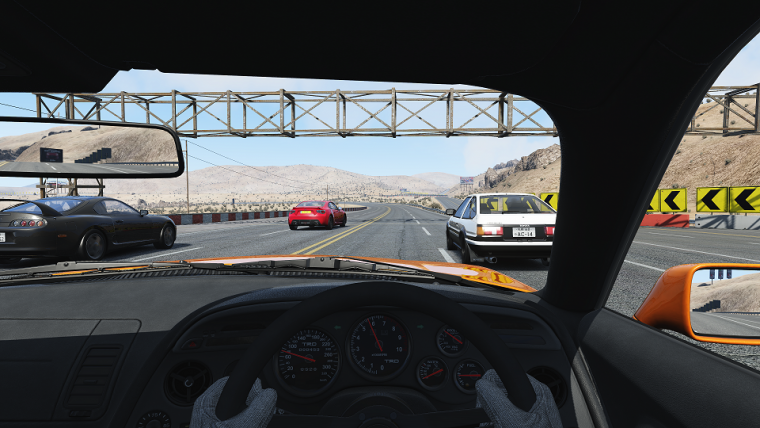 Onboard the Supra in that brief moment when it is still behind other cars.

The Toyota Supra MKIV also included in the pack needs no introduction. After the real car’s 1993 launch and appearance in numerous Fast and Furious films, it became renowned for its reliability, style, and enormous tuning potential. In fact, the Supra remains one of the most popular tuner cars in the world to this day, and is so desirable that it is actually appreciating in value.

In Assetto Corsa, players can get behind the wheel of the base 122-horsepower Toyota AE86, attempt to control a monstrous 690-hp Toyota Supra MKIV Time Attack edition, or slide around in special drift versions of both cars. These and the other models in the Japanese Car Pack join the Toyota GT86 (sold as the Scion FR-S in the U.S. until later this year) that was already present in the base game.

If you’re a fan of iconic Toyota sports cars but can’t find an AE86 or Supra to get your hands on, combining a virtual reality headset with a racing wheel and pedal set is easily the best alternative—and a cheaper one than buying a car and a track day pass. 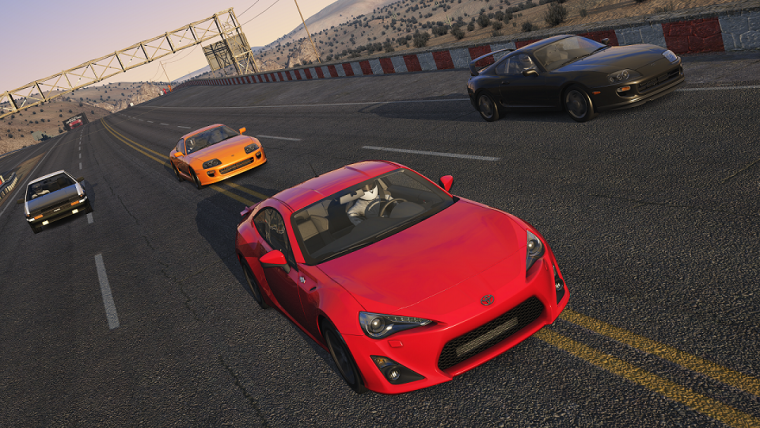 If only you could put these in your garage.