Is This Really the Grille of the Next-Generation Jeep Wrangler? [Photos] 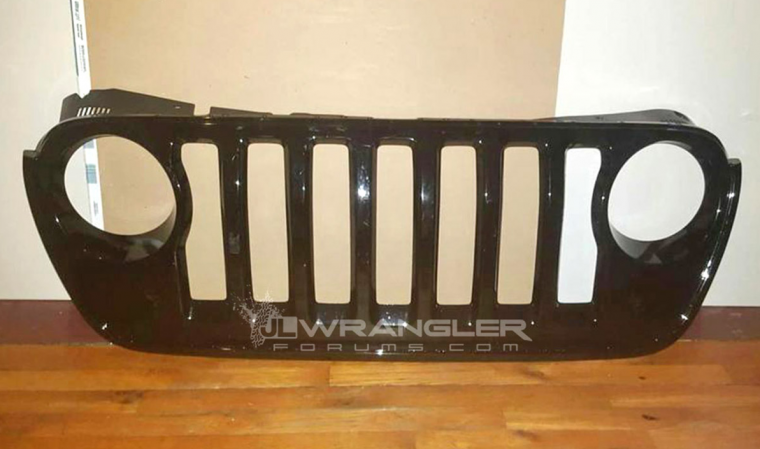 The hype surrounding the next-generation Jeep Wrangler continues to grow as we inch closer to the 2017 Los Angeles Auto Show, which is the rumored date for the 2018 Wrangler’s public debut.

Helpful Hints: This is how you’re supposed to use automotive hashtags

The News Wheel has previously reported that the new Wrangler could boast an aluminum hood and doors in an effort to reduce weight. We have also reported Jeep might offer a hybrid powertrain with the 2018 Jeep Wrangler. Both of these rumored updates would help increase the Wrangler’s fuel efficiency. The 2017 Jeep Wrangler only yields an EPA-estimated 17 mpg in the city and 21 mpg on the highway. 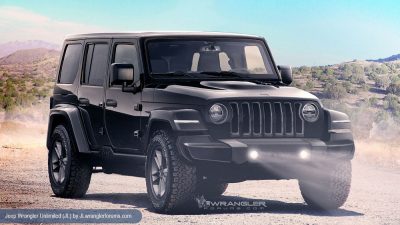 The latest news regarding the next-generation Wrangler comes from JL Wrangler Forums. That’s because the site recently shared pictures it obtained from an anonymous source. These photos show what could be the grille of the new Wrangler. This seven-slot design looks similar to what we’ve seen on previous test vehicles. One notable aspect of this grille is the absence of the Jeep logo, meaning the badge will probably be positioned on the lower part of the hood. In addition, the bottom corners appear rounder and the turn signal cutouts have been removed altogether, so the front fenders will likely house the lighting for the ‘18 Wrangler.

With so much anticipation building for the new Wrangler, it wouldn’t be a surprise if additional information regarding this new Jeep leaks or is officially released before the reveal in LA. So, remember to check back with The News Wheel for more Jeep Wrangler coverage.

Need A New Ride? Check out these current incentives

Photos: Take a Look at the Wrangler’s Rumored New Grille