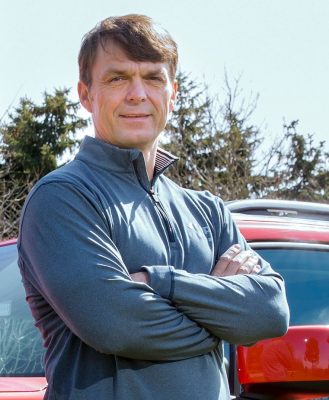 As the head of the Jeep brand and the Ram truck brand, Mike Manley might have one of the most appropriate last names ever. After all, there are few brands that are manlier than Jeep and Ram. And now, Mike Manley’s manly name will be known as something more than just appropriate for his job—it will now also be associated with the most influential UK executive in the automotive industry.

Manley was recently named the most influential member of the ‘Brit List’ by Auto Express, a leading weekly motoring magazine. This list, which is in its fifth year, acknowledges the 50 most influential UK people in the automotive world in terms of car choice, manufacturing, design, and engineering.

“Our number one Brit for 2016 is a guy who has transformed one of America’s great brands, quadrupled sales in just six years, and set his company on the road to a target of 1.9 million cars sold by 2018,” said Steve Fowler, editor-in-chief for Auto Express.

In response to the award, Manley stated: “There are many outstanding British men and women working in the automotive industry across the world and to be recognized as part of this group is a humbling experience. I would like to thank Auto Express for the award and also for continuing to highlight the amazing opportunities the automotive industry offers British men and women. I would also want to recognize the outstanding results of the global Jeep team: they are brave enough to see the world differently and determined enough to make their mark. It is a privilege to work with them.”

Since Manley entered the position of Jeep and Ram brands’ head honcho, the Jeep brand has absolutely flourished. He oversaw the launch of the popular Jeep Renegade and is currently finalizing plans for the brand-new Jeep compact SUV and Grand Wagoneer. Global sales have also seen a significant increase, multiplying from 320,000 in 2009 to an astounding 1.23 million in 2015.

If that isn’t impressive, we don’t know what is.