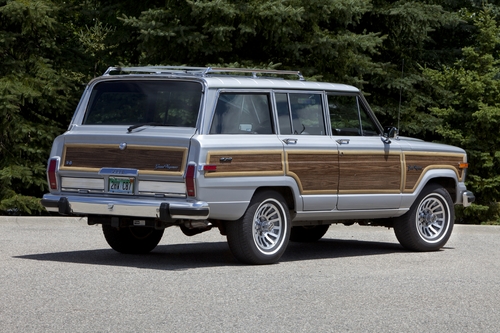 It was nearly a year ago that Fiat Chrysler announced that the Jeep Grand Wagoneer would be returning to the Jeep lineup, and that the Patriot and Compass would be taking their final bows in 2016 but that a C-segment SUV would be added that year. FCA also announced that the Wrangler would enter a new generation for 2017.

Of those announcements, the most follow-up we’ve had has been on the Wrangler. Mentions of a possible aluminum-body Wrangler launched a mass “freak out” in Toledo, because FCA CEO Sergio Marchionne said that he believed production would have to be moved out of the city to accommodate. Public officials immediately began to do whatever they could to keep Wrangler production in Toledo, though it’s still not even clear if the Wrangler will be made of aluminum.

Jeep seems to want to keep that secret for as long as possible, though when Car and Driver questioned Jeep CEO Mike Manley about the potential for an aluminum body, all he could say was, “It can be done.” Manley did, however, confirm that the next-generation Jeep Wrangler will maintain the ladder-frame construction.

Jeep has been much quieter on the status of the Grand Wagoneer, however, having said almost nothing since last year’s announcement. Fans will be relieved to know that Manley did confirm at New York last week that the Jeep Grand Wagoneer is “100% on track to be ready for its debut in the 2018 model year.” When it enters the market, the Grand Wagoneer will be positioned above the Grand Cherokee, to give the Range Rover a run for its money.