Jeep Named Most American-Made, Most Patriotic Brand in US Market 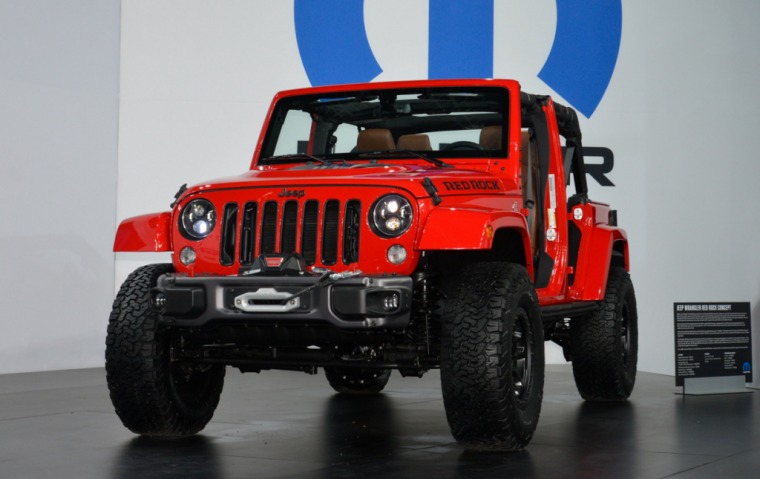 Jeep is the most American-made brand in the US market, which also has helped it become one of the most patriotic brands, too

Many people hold the belief that cars sold in America should be made in America. As part of an effort to celebrate the “born in the USA” mentality of the Fourth of July, Experian recently released some data that examines how many vehicles on American roads are made in the good old US of A. Turns out, nearly 60% of light-duty vehicles were made in the United States—and Jeep is leading the way with the most American-made vehicles out on the road.

Jeep earned the most “American” brand title from Experian with 96.7% of Jeeps out on US roads assembled in this country.

The Future of Jeep: Check out what the 2018 Jeep Wrangler is going to offer

“With the number of vehicles on the road rising steadily, it’s a pleasant sign that a good majority are still being built in the United States,” said Marty Miller, senior manager for Experian Automotive. “While we continuously keep an eye on the economy, as well as the automotive industry, the fact that vehicles are being assembled in the country means that jobs are also being created and maintained domestically.”

Gallery: Vehicles from Jeep, the Most Patriotic Brand in the US

As a whole, 63.1% of Fiat Chrysler Automobiles that are currently on the road were made in the United States. The entire Fiat Chrysler group has the third highest percentage of American-made cars, trailing after the other two members of the Detroit Three (Ford and General Motors).

Get in Touch with the Outdoors: See how the Jeep Grand Cherokee can help you explore nature

Experian Automotive wasn’t the only company to find Jeep as the most America-oriented brand in the United States. A recent new Brand Keys survey also found that Jeep is considered one of the most patriotic brands in America. The survey asked a national sample of 4,750 consumers to evaluate which brands resonated most when it came to “patriotism.” Jeep came out on top, tied with Disney, with a total of 98% of the survey takers considering it a patriotic brand.

Obviously, Jeep’s efforts to keep production within the United States are paying off.