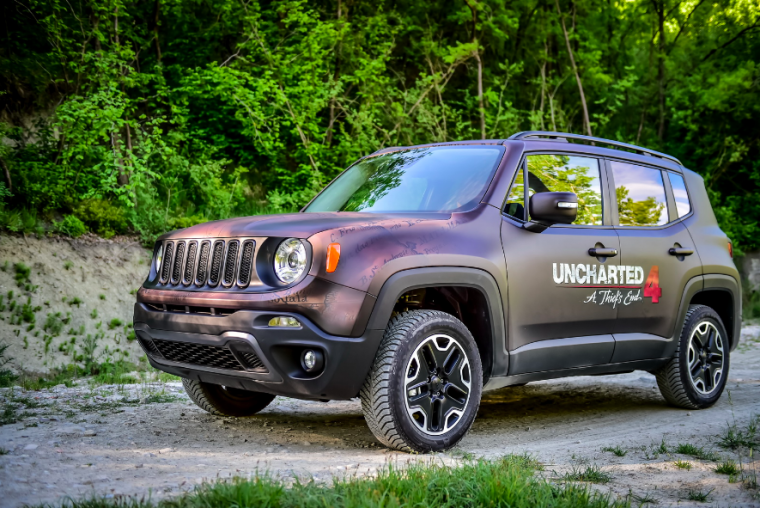 Jeep is known for its ability to handle any terrain, which is the reason a lot of people like to hop into one of its models before going off the beaten track. And it’s possible that a lot of these people tend get lost when they do so. But now, they don’t really have to worry.

Or rather, they don’t have to worry if they happen to be driving a Jeep around ancient Africa.

Have a Pet? Learn how to pet proof your car

The American carmaker’s newest showcar, called the Jeep Renegade Uncharted Edition, is part of a partnership between Sony PlayStation Switzerland and Jeep’s Swiss division. This special edition model, which was created to promote the new Uncharted 4 video game that is set to release soon, was created with a very special skill. As the vehicle heats up, its matte black paint slowly reveals a map of ancient Africa that appears in the game’s first official trailer.

With this new model, I think it’s safe to say that Jeep is heading off into some uncharted territory.

Celebrate 75 Years: Find out how the My Jeep Story celebrates Jeep’s 75th anniversary 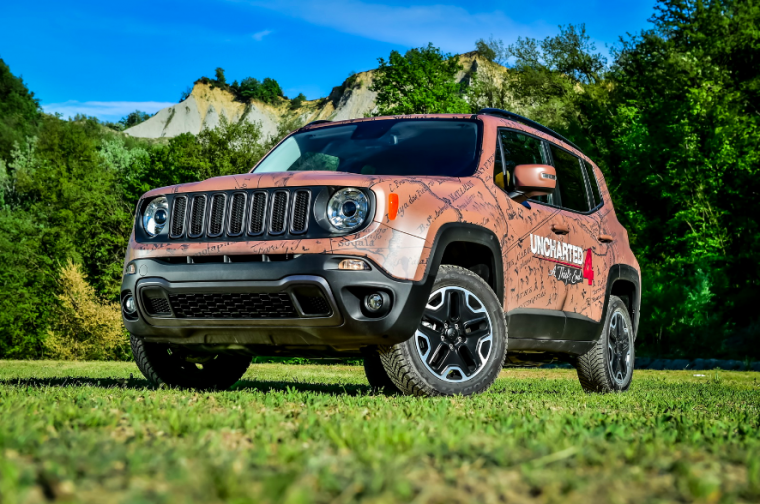 It’s getting hot in here, so the Jeep Renegade Uncharted Edition is going to shed its skin a bit

The special Renegade was created by Garage Italia Customs, which wrapped the entire body with a special film and innovative black thermochromic paint to conceal the map. As the temperature of the car increases, the paint become transparent gradually, which lets the wrap peek through. When the car reaches about 86 degrees Fahrenheit, the entire wrap is revealed, disappearing again once the Renegade Uncharted Edition cools down.

This Renegade will be displayed alongside another concept that is meant to promote the game in a variety of Swiss cities. It will even be available for booking on the country’s Uber platform.