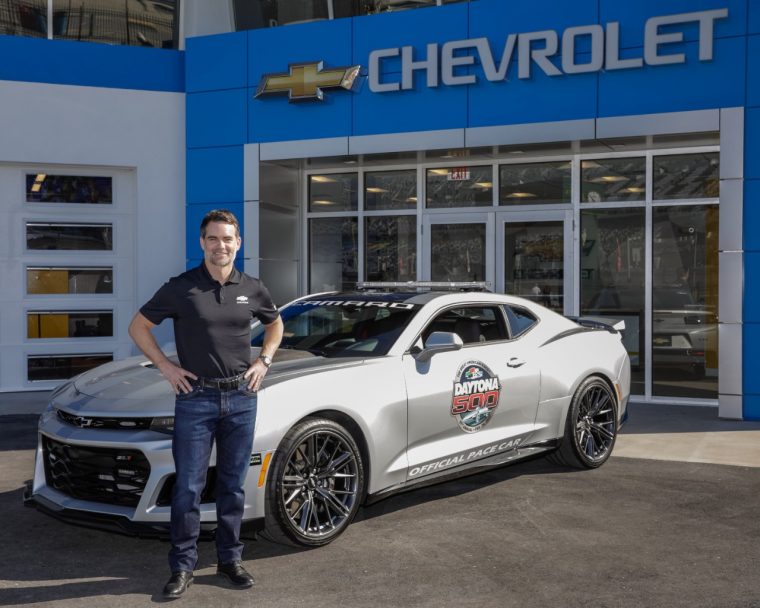 Jeff Gordon is coming back to the Brickyard, though not to compete.

The retired NASCAR driving legend will be pacing the Brickyard 400 on July 23, 2017, leading the field in a 2017 Chevy Camaro ZL1. Gordon’s Camaro ZL1 pace car will be unmodified, save for a unique graphics package and an LED safety lighting system.

“It’s hard to believe this is the 24th running of the Brickyard 400,” said Gordon. “This has been a very special race over the years – for me and NASCAR. Winning at the famous Indianapolis Motor Speedway was a dream of mine as a kid. I’m excited to lead the field to green at this year’s Brickyard 400, and I appreciate Doug Boles and Chevrolet for giving me this opportunity.”

Gordon last led the field at the Brickyard 400 as a driver three years ago, when he took the checkered flag for his fifth Brickyard 400 win and 90th career victory.

Chevy, like Gordon, has an unparalleled record of success at the Brickyard. The bowtie brand has won the Brickyard 400 a total of 16 times, more than any other manufacturer.

“Jeff Gordon is one of the greatest drivers to ever compete at the Indianapolis Motor Speedway and we’re honored to welcome him back to pace the 24th annual Brickyard 400,” IMS President Doug Boles said in a statement. “It’s only fitting that Jeff will be out front and leading, a place where the fans of this great race are accustomed to seeing him.”